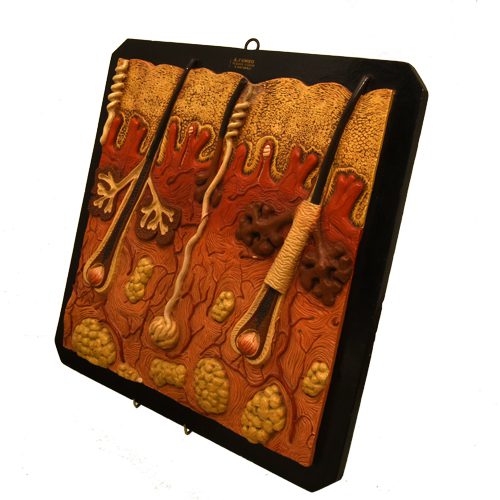 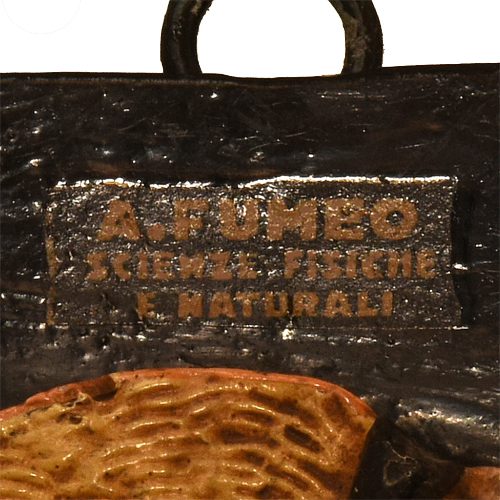 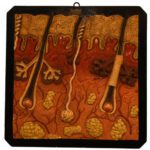 An early Bock-Steger Skin model with the measurements of 41 x 41 cm ( bigger than than the later ones). The retailer wasâ€ A. Fumeo, Scienze Fisichi e naturaliaâ€. It is good condition with a small damage on the bottom,but not necessary to restore.
After collaborating with Carl Ernst Bock, Franz Josef Steger (1845-1938) also worked with the professor Wilhelm His (1831-1904). Before these collaborations, his earlier models are signed Franz Joseph Steger.Â  The piece is not signed by F.J. Steger; So I believe that the model is made under his collaboration with C. E. Bock. So I will date the model circa 1870- 1874.
SKU: 00 380301 B S Categories: Human Anatomic, Sold products