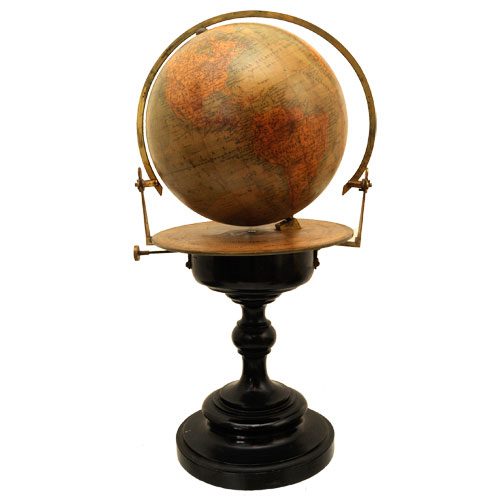 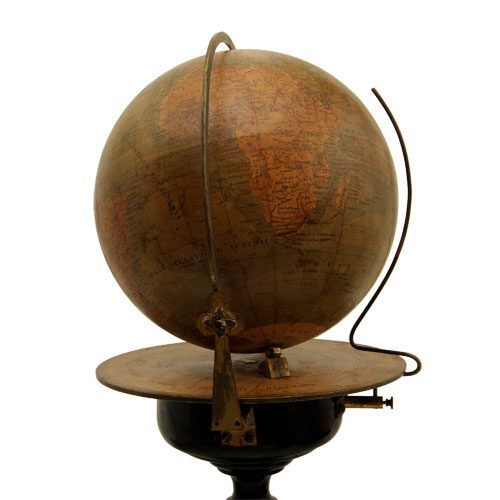 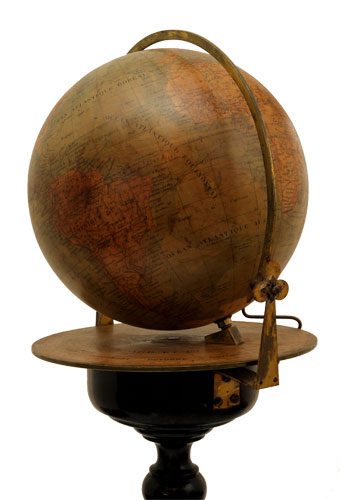 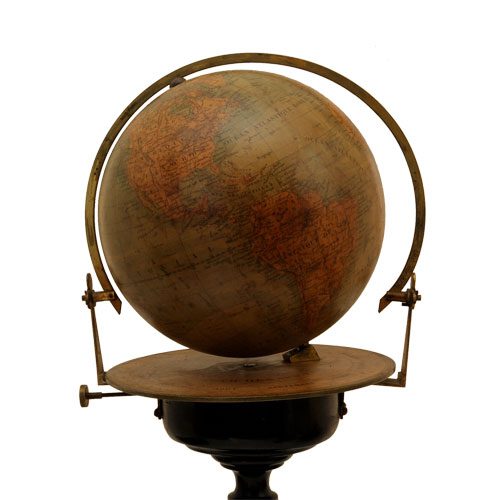 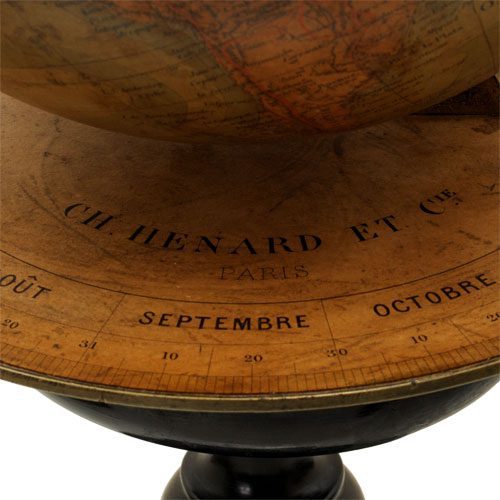 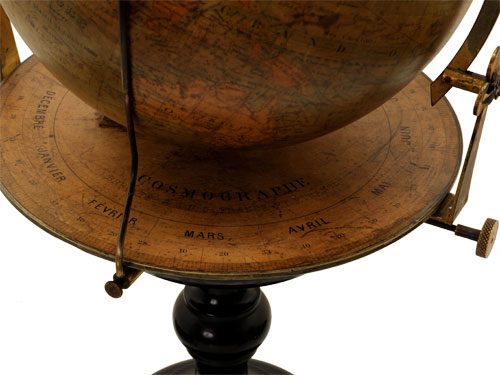 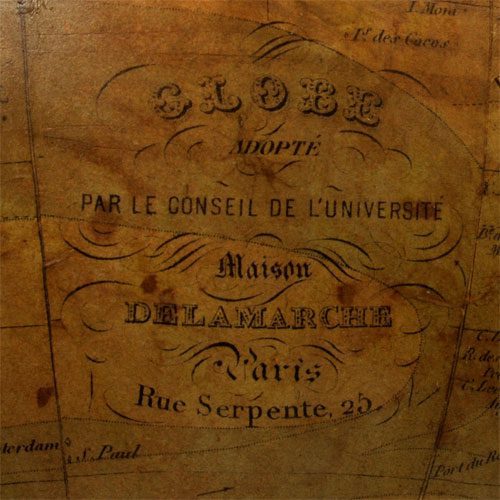 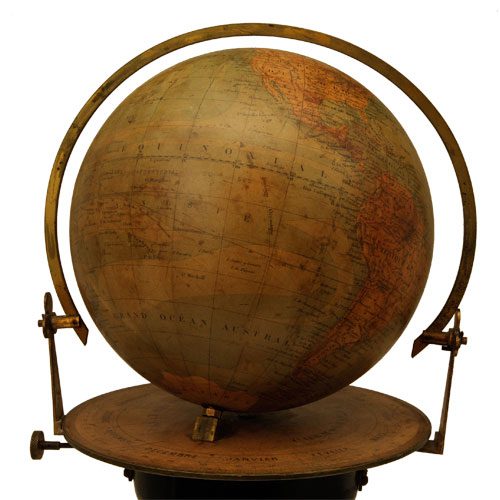 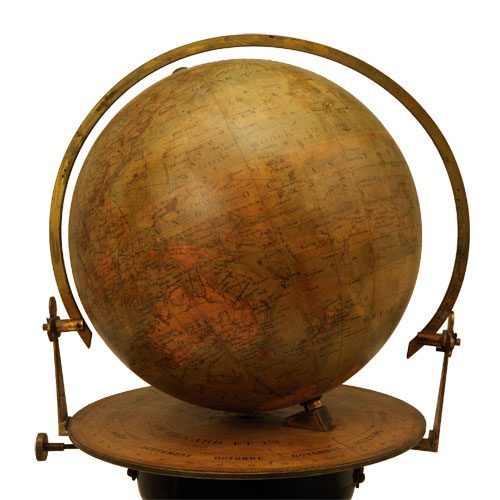 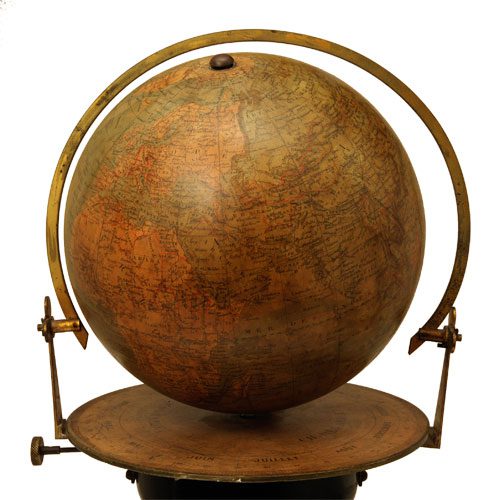 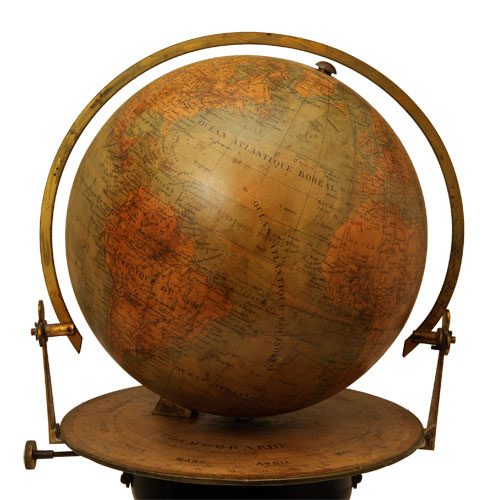 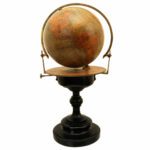 C 1875, signed Cosmographe Bâ€™te. S..D.G., France & Etrangerâ€™ on the calendrical plate and Delamarche, Paris, Rue Serpente 25Â ; on the 7â€™â€™ diameter globe. Standing on a turned ebonized wood base, the cosmographe has geared motion against a calendar scale, to show how the earthâ€™s axis remains fixed in space throughout the year. A folding terminator ring is used to demonstrate the variation of solar illumination with season.

The Delamarche firm was the most active French globe maker of the late 18th and early 19th centurie. Founded by Charles-FranÃ§ois Delamarche c.1770, as successor to Robert de Vaugondy, it continued under the leadership of FÃ©lix Delamarche. The present 7â€™â€™ globe is a very detailed and well-delineated example, datable by political divisions to the period 1863-1886.