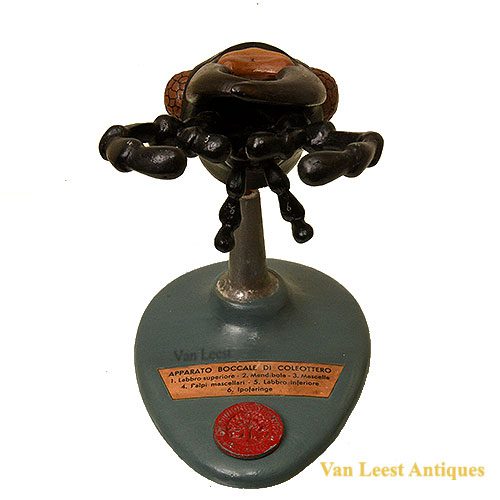 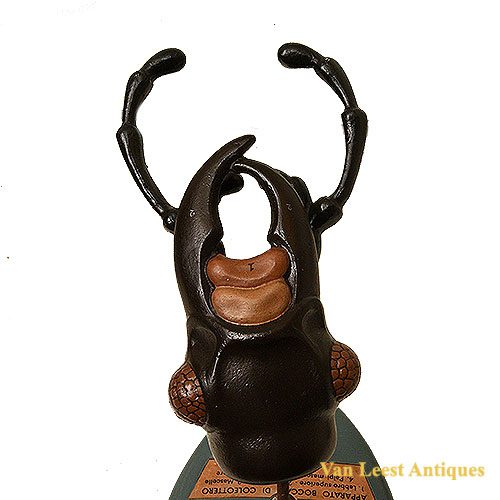 The beetles (Coleoptera) are a very large order of winged insects. Beetles differ from other insects in that their front wings have been transformed into hard shields. These shields are called the elytra and cover the delicate and membranous hind wings. Beetles are the largest order of insects and because of their worldwide occurrence and huge variety of species, they are one of the few insect groups known to the general public.

Most of the sensory organs of beetles are located on the head. Adult beetles, with the exception of a few cave-dwelling species, have compound eyes (facet eyes) at the front of the head. Such eyes are made up of small individual eyes called the ommatids. The eyes of beetles play an important sensory role at short distances, but at long distances the eyes see poorly.

The antennae or feelers are used when searching for food or a partner. The mandibles(Latin: mandibula = jaw) are the third appendage of the head segment, after the first and second antennae, in crustaceans and insects. The mandibles serve to chew and grind the food and sometimes to transport objects. In predatory species, they also catch prey.

We are giving you all this information about the beetle, because we have a beautiful anatomical model of the mouth part of the beetle(Apparato boccale di coleottero), made of plaster and papier-mâché.