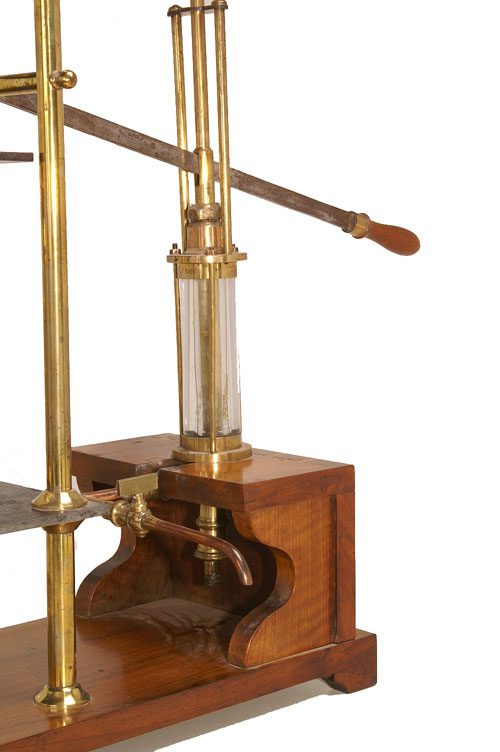 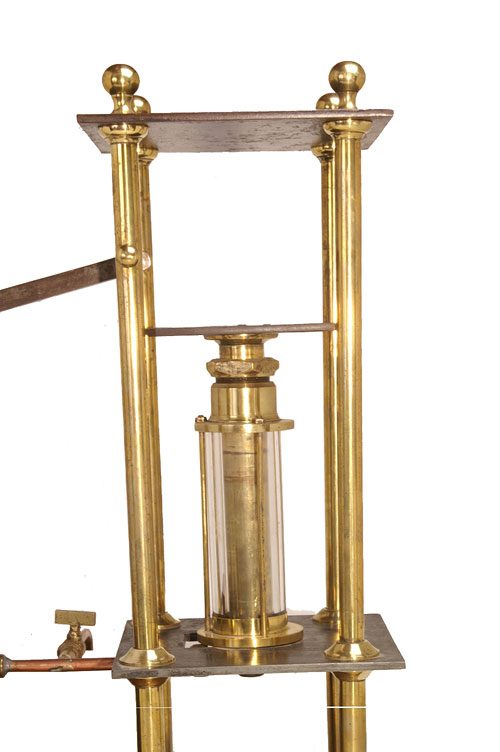 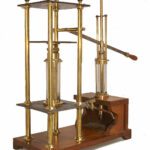 When a fluid completely fills a vessel, and pressure is applied to any part of its surface, that pressure is transmitted equally throughout the whole of the enclosed fluid.
In it’s simplest form, the hydraulic press consists of a cylinder and piston, connected by a pipe to a force pump of much smaller diameter. The liquid used is oil, which is pumped from a suppply tank into a cylinder, and the piston moves out like a ram, exerting considerable force. A valve is provided to release the pressure, and allow the oil to return to the tank after the press has done it’s work. The hydrostatic press can be used for the compression of malleable materials, such as the metal of coins, or of car bodies, or of waste paper into card.