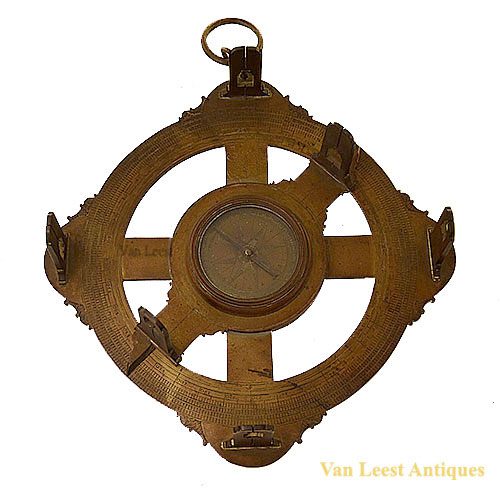 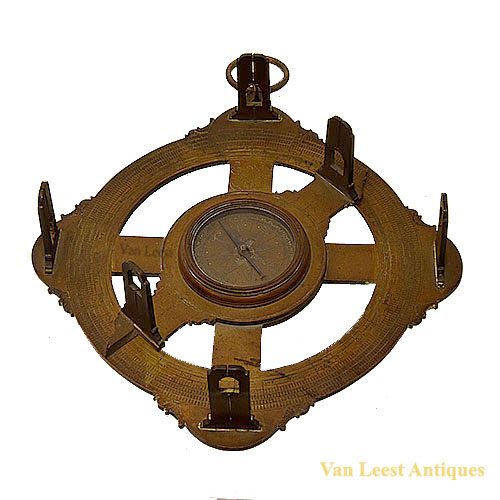 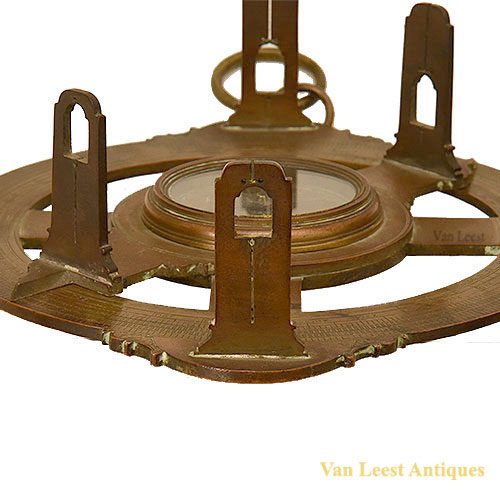 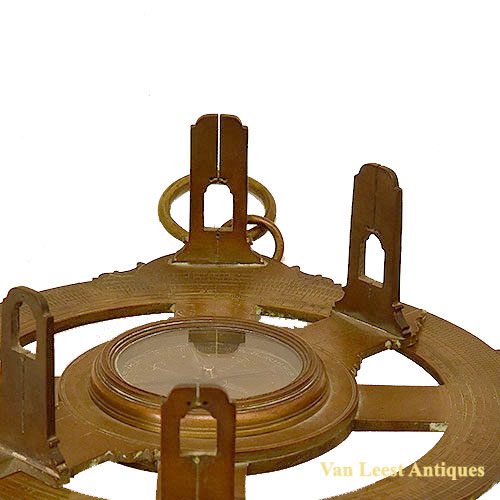 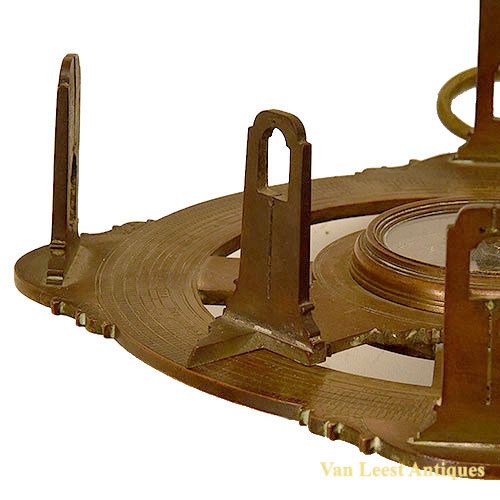 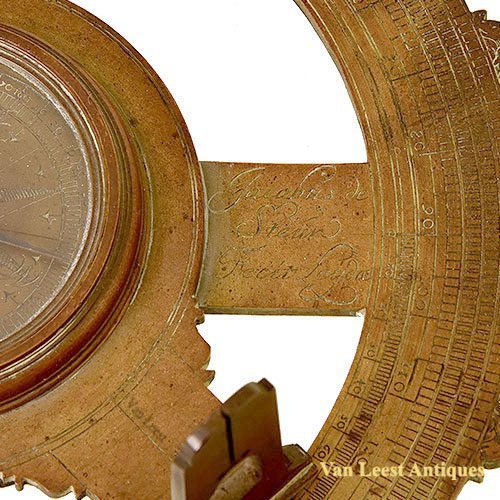 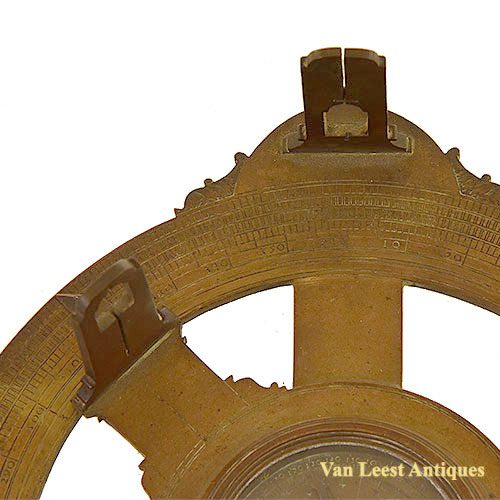 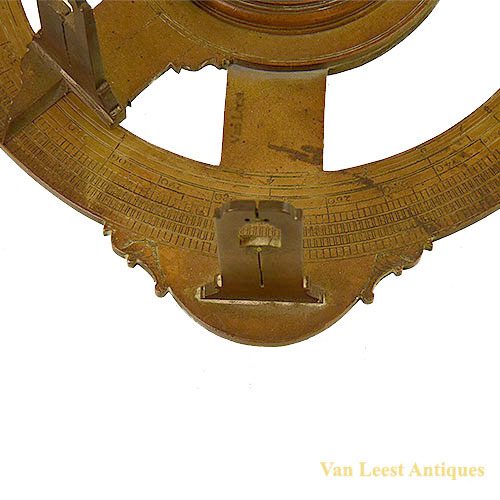 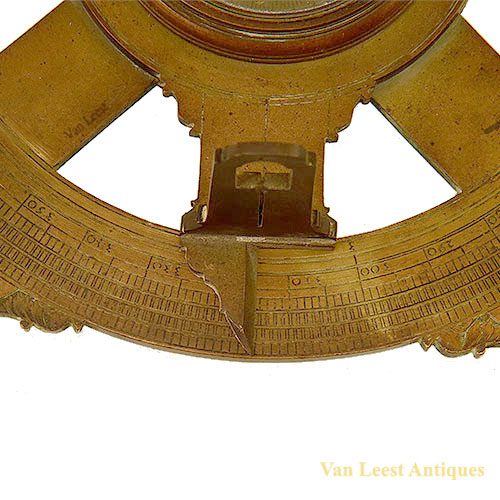 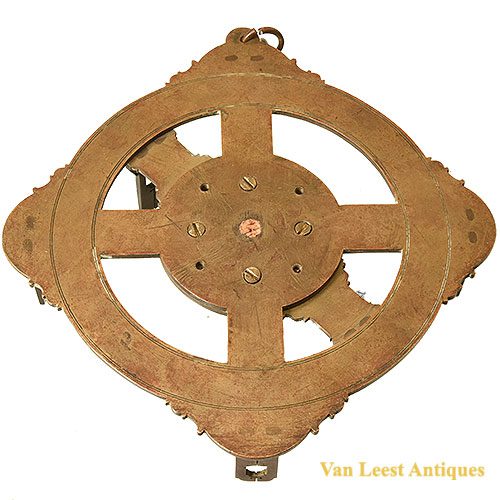 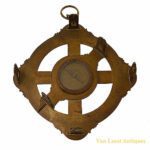 Dutch Circle by Jacobus de Steur, who worked in Leyden in the second half of the 17th century, is known to have made several instrument of this sort. He began as an apprentice Coenrad van Lin in 1659, and was especially known for mathematical instruments, sundials and astrolabes.

This one is particularly elegant, with images of dolphins at either side of the four fixed sights, and four dolphins on the alidade. The outer circle is graduated to 15 minutes. One half of the inner circle has a grad or gradient scale (graduated 0–100–0–100–0 in equal units) as used by military engineers. The other half has two irregular scales. One is a polygonal scale marked “anguli centri.” It is numbered from 3 to 12, and is designed for laying out the exterior angles of forts with 3 to 12 sides. The 8 pointed compass with needle had a “fleur de lis” on N and the letters  O – S – W compass pointer,  including two gradient scales (graduated 0–180–0–180–0 in equal units) The maker’s mark on the Circle is “Jacobus de Steur Fecit Leyde.” Measurements diameter 20 and 5 cm high.