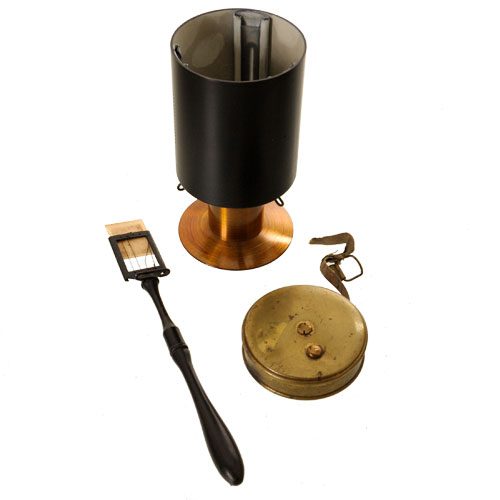 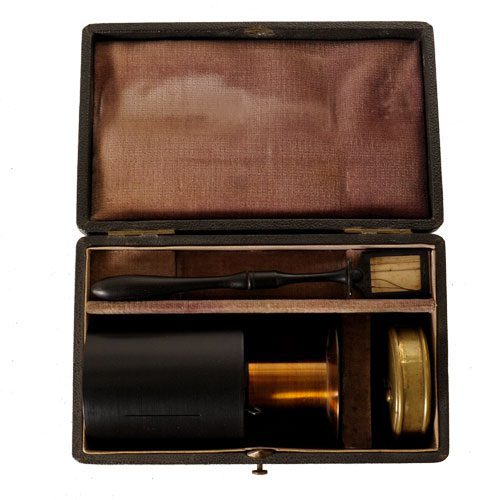 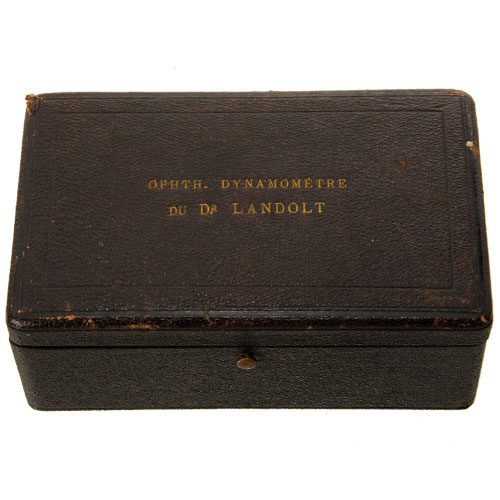 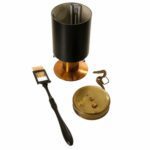 A dr landolt ophthalmo-dynamometer in original case, c 1900. Instrument for measuring amplitude ofconvergence. The more recent ophthalmodynamometer is unrelated and was used to determine the systolic and diastolic ophthalmic artery pressures within the eye. In 1885 Landolt commissioned Roulet in Paris to make an “ophthalmo-dynamometer”. It was to be used for the determination of accommodation and convergence. Landolt chose the name dynamometer because he felt there was a difference between “static” and “dynamic ” refraction, wherein accommodation played a role.

The instrument was essentially a black chimney with a slit in it with frosted glass behind the slit. This was placed over a candle which supplied the light source. Then a tape measure was stretched from the patient’s face to the instrument. The patient was brought closer while focusing on the slit of light until it became double. This distance was considered the amplitude of convergence.