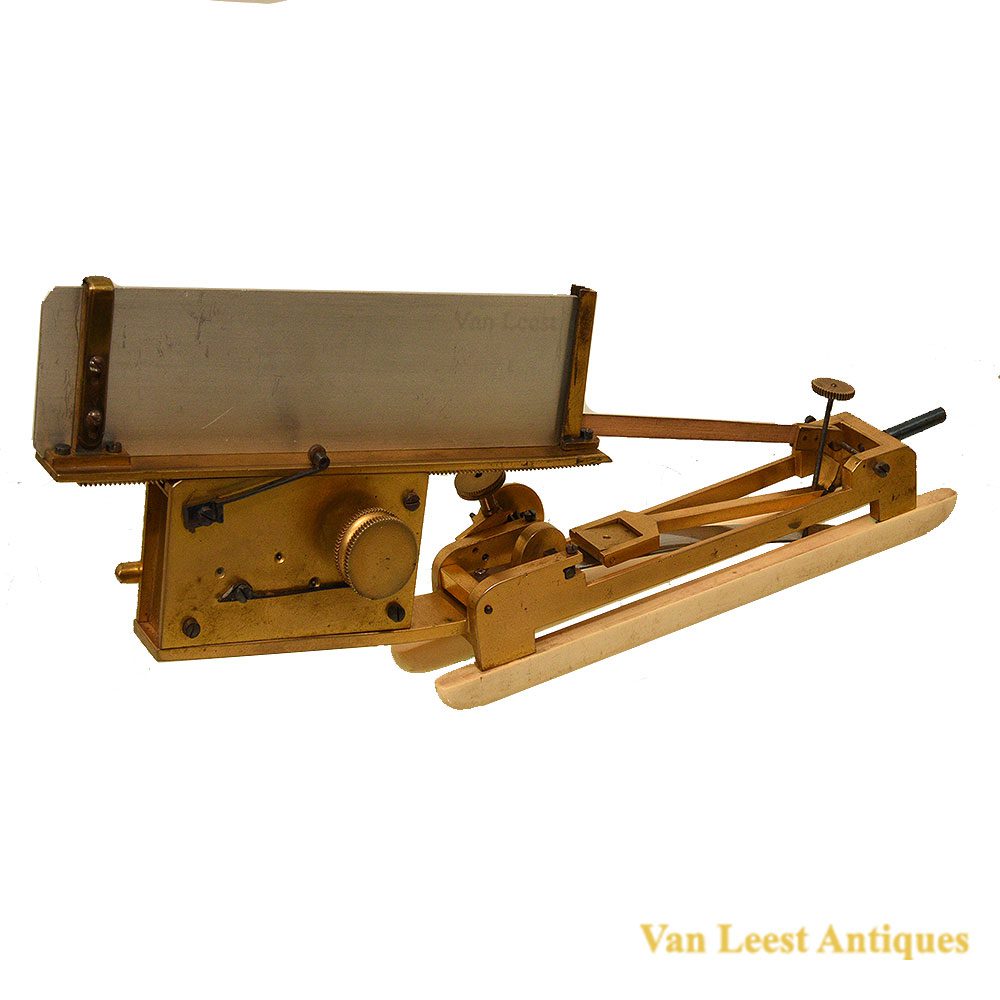 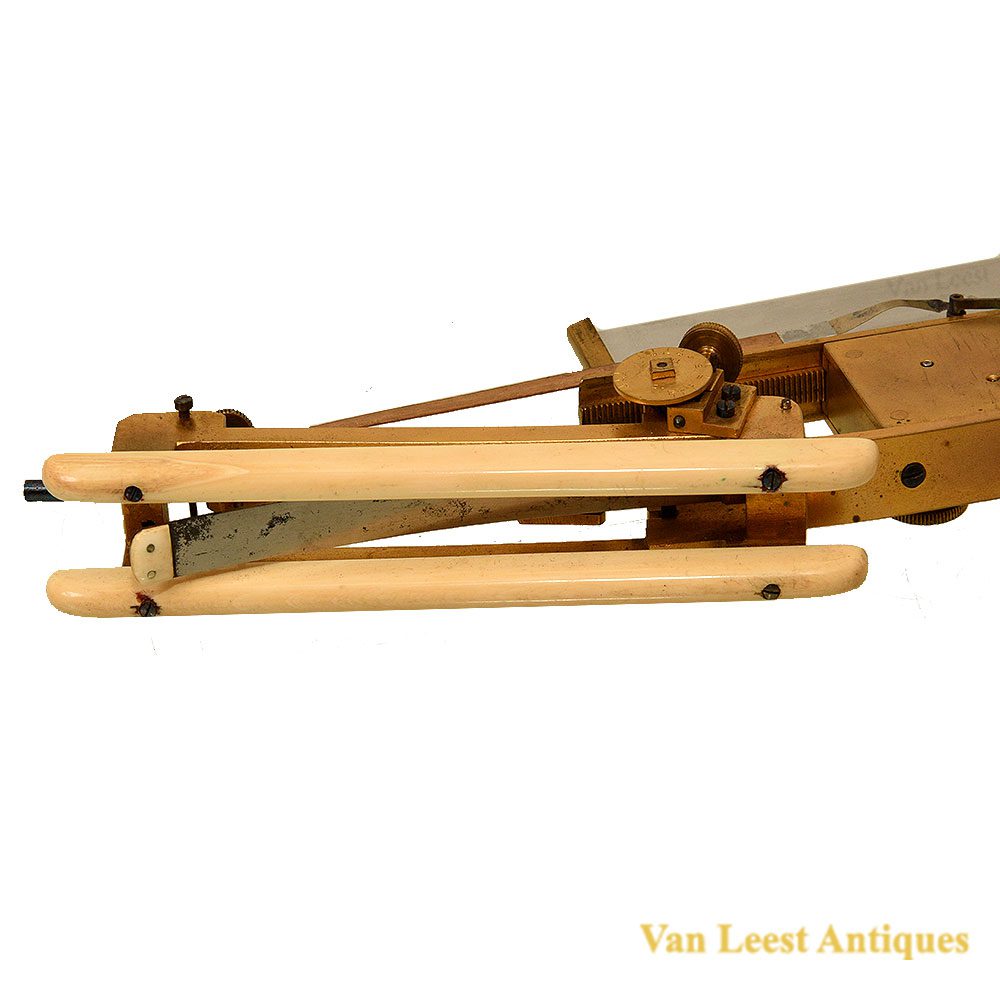 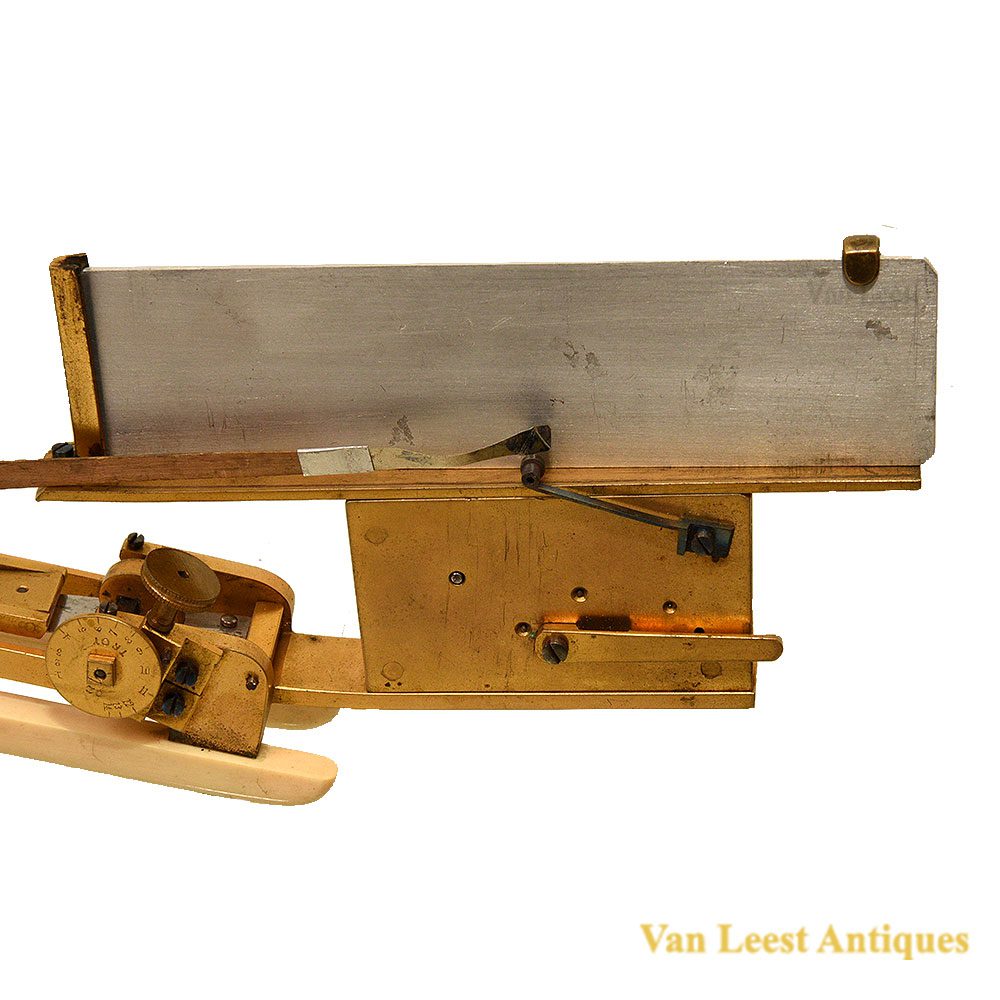 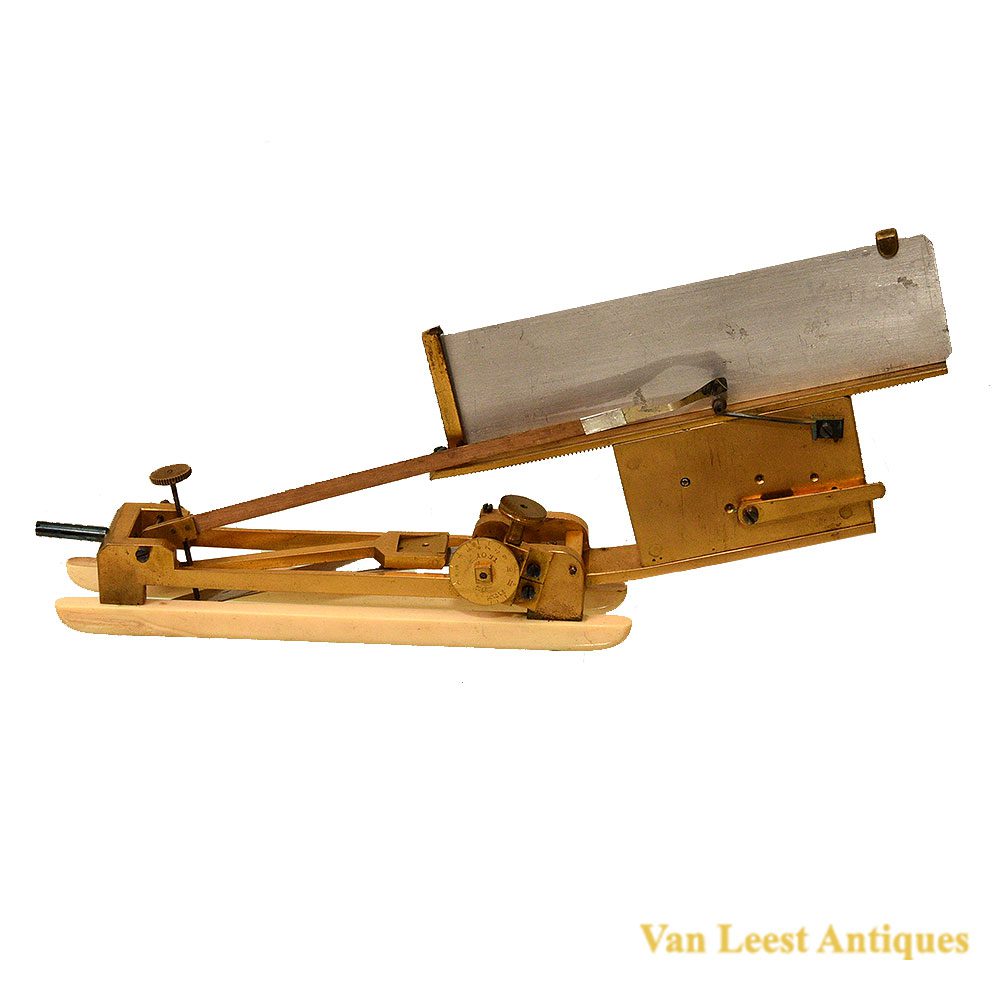 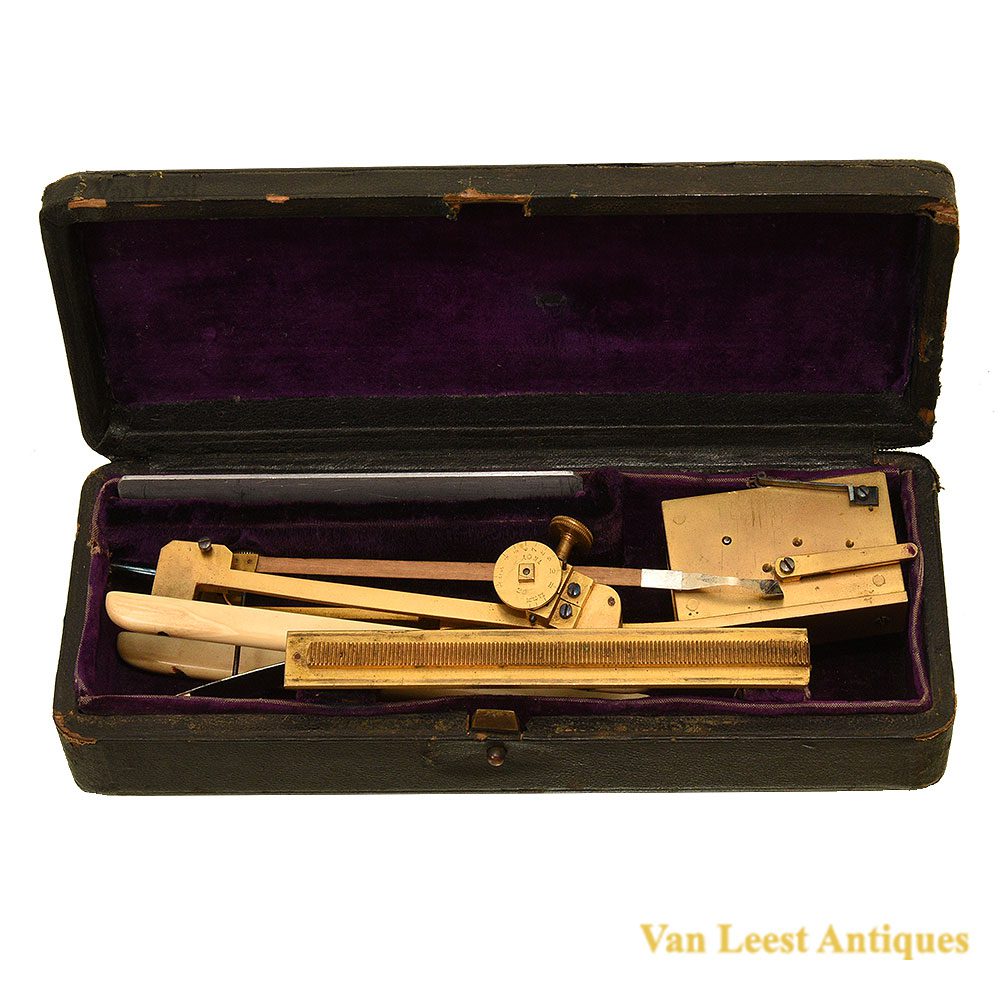 Mahomed improved on Marey’s 1857 design by adding a wheel to vary the pressure on the radial artery in increments (ounces 1-14 Troy as measured on a dial).

The main concern with the Marey’s instrument was that pressure screw could not be adjusted by a measurable amount. Frederick Mahomed (1849-1884) entered Guy’s Hospital Medical School as a student in 1869 and modified Marey’s design, publishing his investigations on the year of his qualification in 1872. In place of the original screw he placed a vertical eccentric one over the centre of the spring which could be turned in graduations.  This allowed the pressure needed to occlude the arterial wave to be recorded. He also replaced the side wires which attached the instrument to the arm with ivory bars.

The apparatus was secured to the flexor wrist and the ivory sensor placed over the radial pulse. Smoked paper was attached to the aluminium plate which was moved across the stylus by a clockwork mechanism. Movement of the stylus at the end of its long arm would amplify the radial pulse and record pulse rhythm and amplitude.

The sphygmograph is in excellent condition and the mechanism works perfectly. The silver cartouche on the top of the case has never been engraved. The leather has seen better days and the hinge and lid have been repaired at the back but the box is sturdy and closes securel