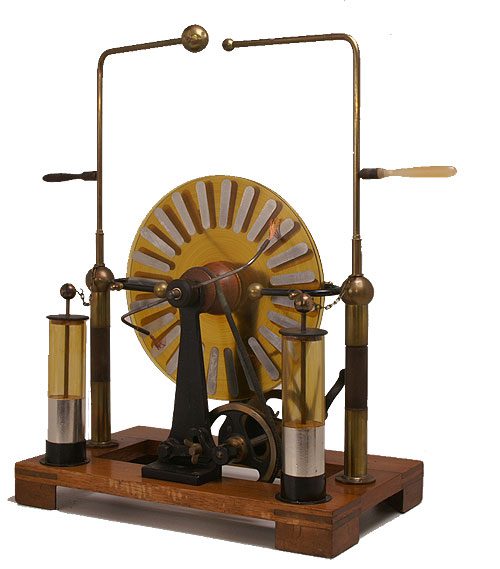 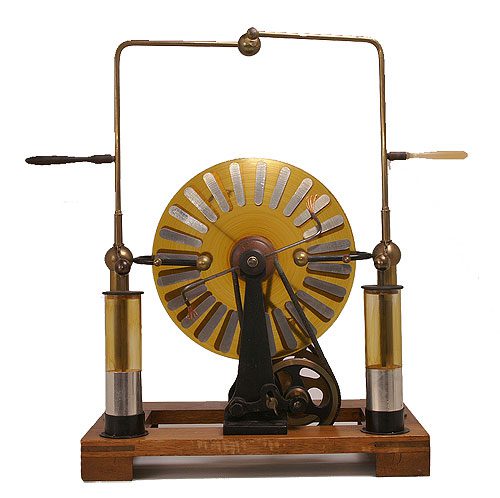 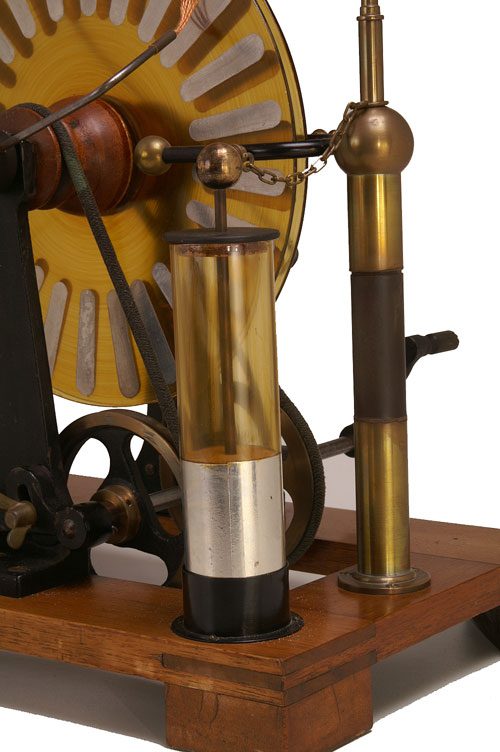 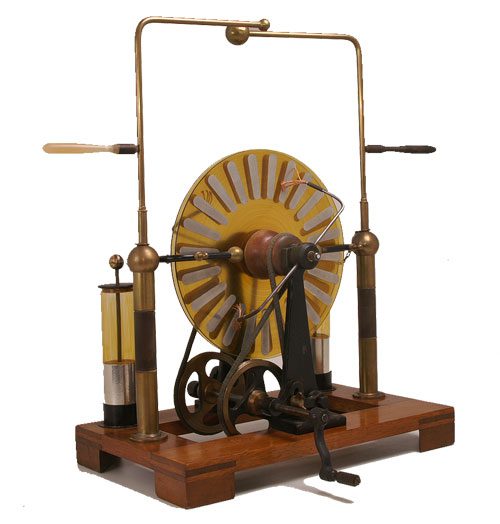 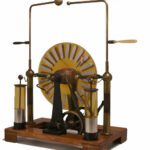 ‘the wimshurst induction machine was invented for the generation of static electricity. It has two glass plates rotating in opposite directions, each carrying a number of sectors or small strips of metal foil, which serve both as carriers and armatures. There are two uninsulated diagonal conductors at the front and back, carrying small metal brushes which tough the sectors as they pass by. The collecting combs or forks, right and left, carry the electricity yo the discharging apparatus or terminal electrodes. Each sector, when toughed by the uninsulated brush as it passes the oppositely charged sector of the other disk, has a charge induced in it, which it carries over the collecting comb to the right or left, consequently both possitive and negative electricity are collected’, thus the description from the ‘griffin’ catalog early 20th c.