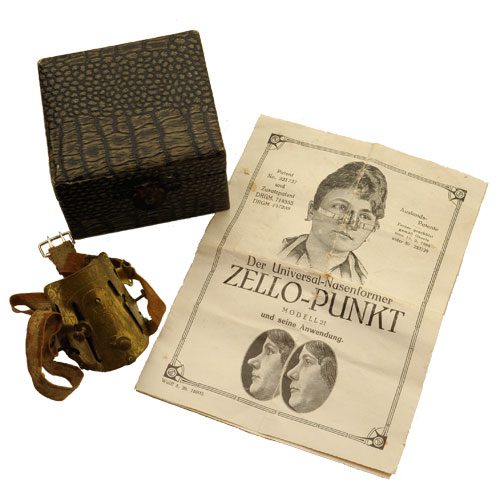 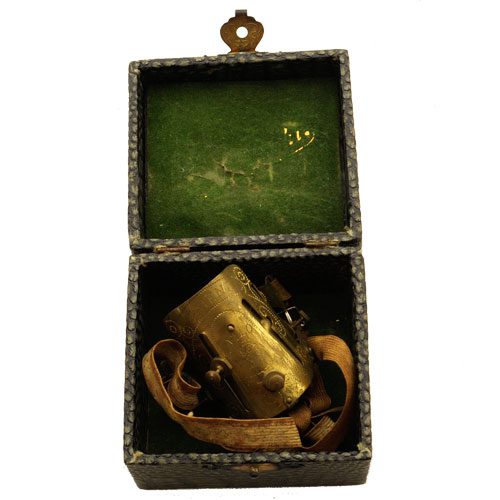 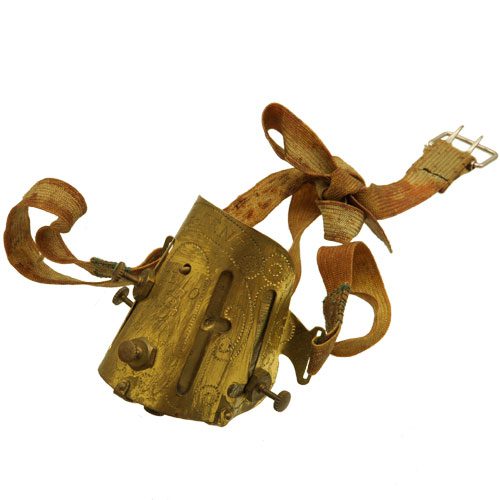 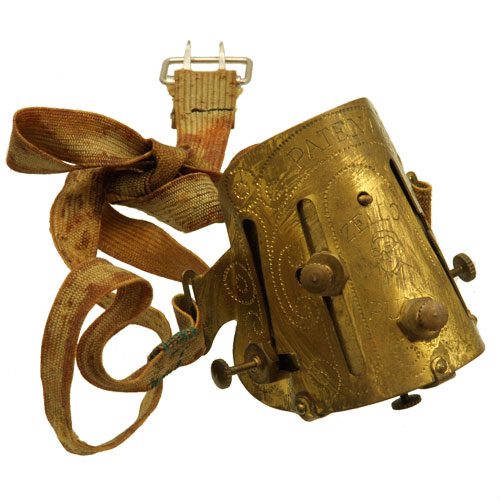 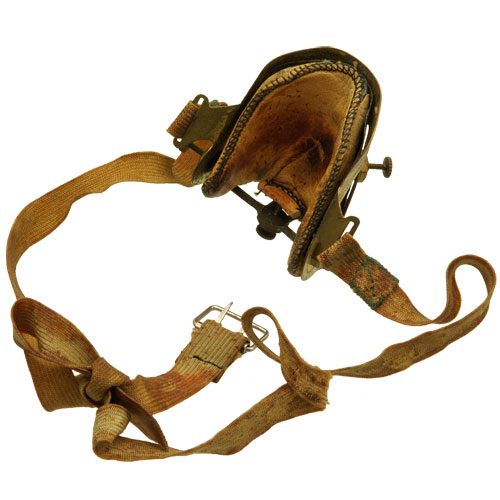 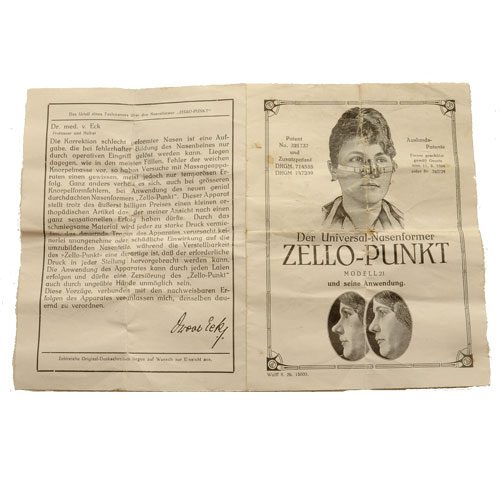 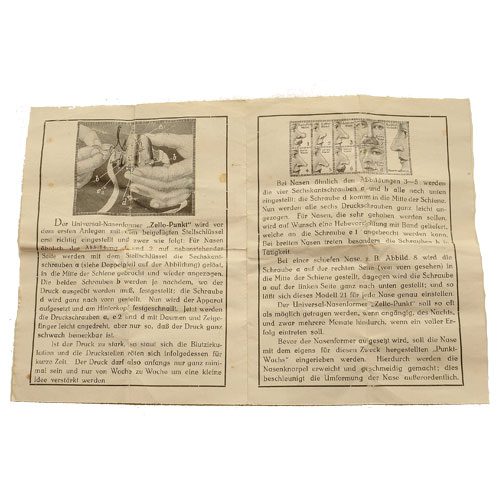 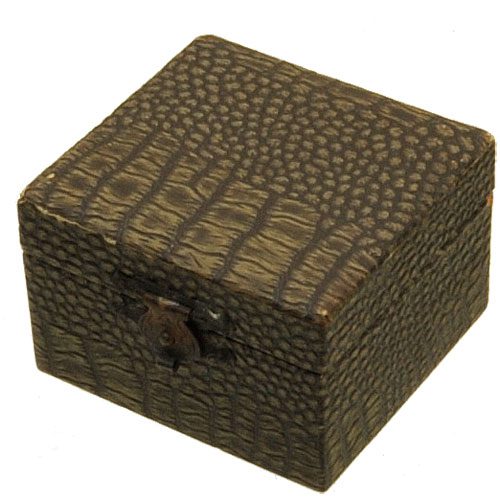 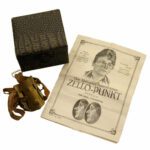 A remarkable Zello Punkt Nasal Correction Device, C 1900, designed to correct nasal deformity or septal deviation. These devices were completely ineffective and had only a brief window of popularity in Germany and France in the late 19th and early 20th century. The invention was patented in 1894.

The metal device was held in position over the head and nose with an elasticated band and the screws were then tightened so as, in theory, to correct any deviation from the midline. A rather beautifully engraved and attractive little folly from medical history in its original faux snakeskin box.