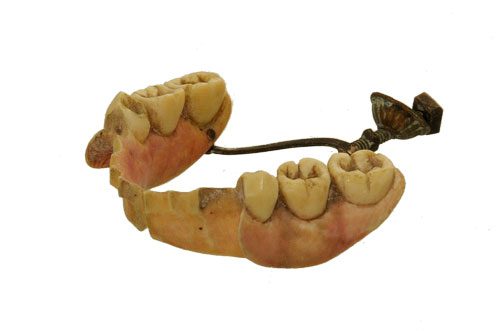 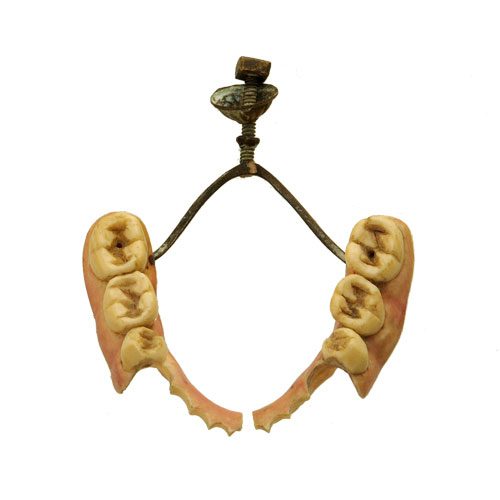 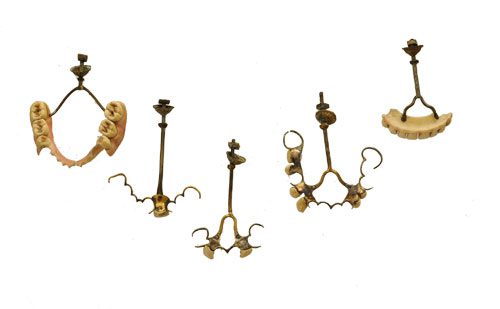 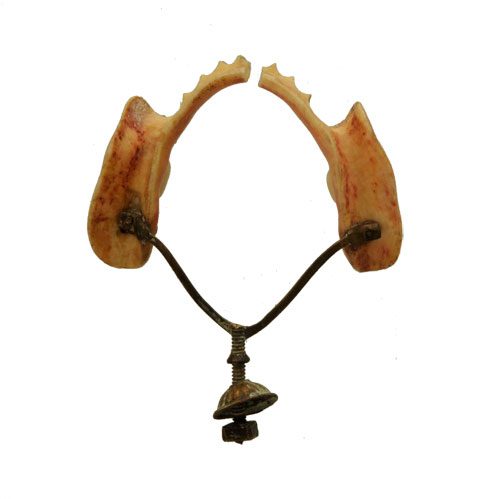 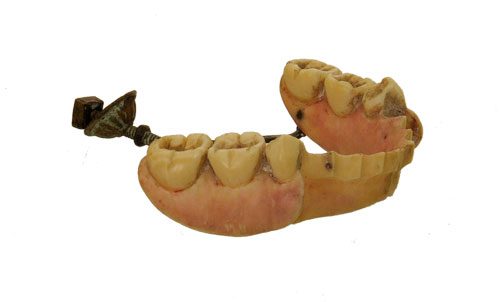 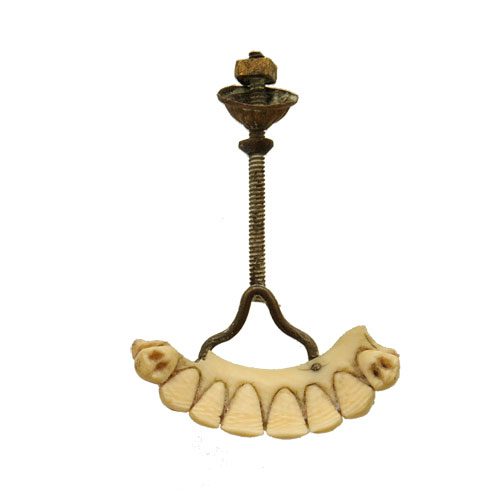 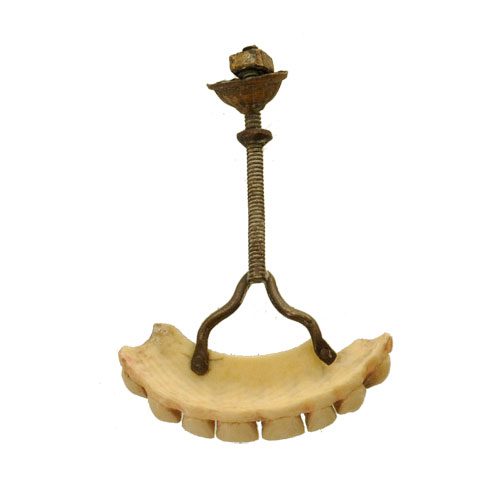 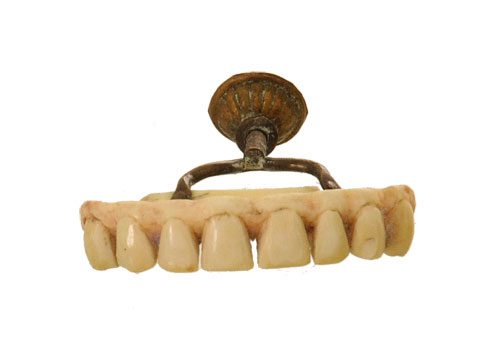 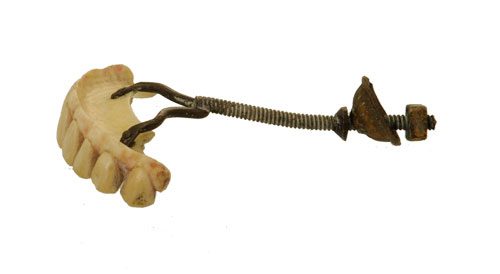 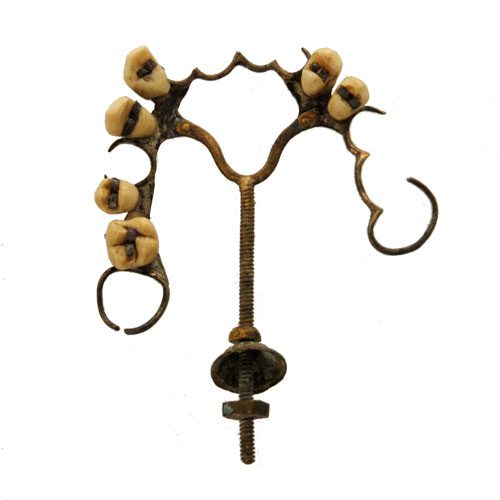 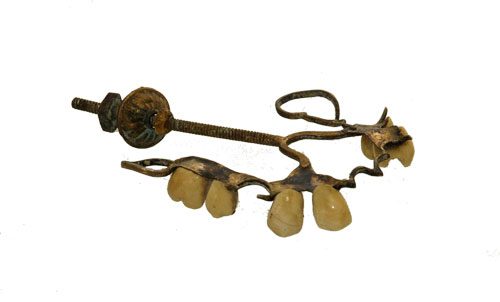 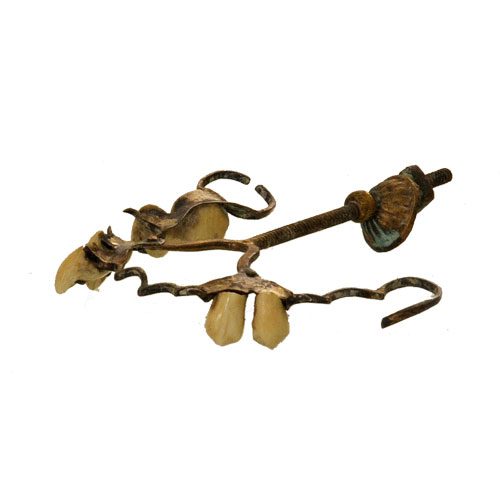 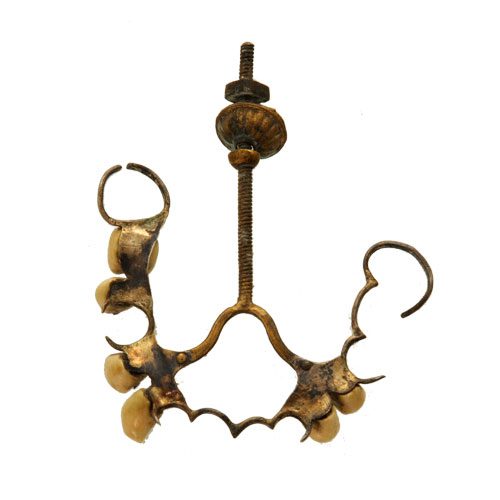 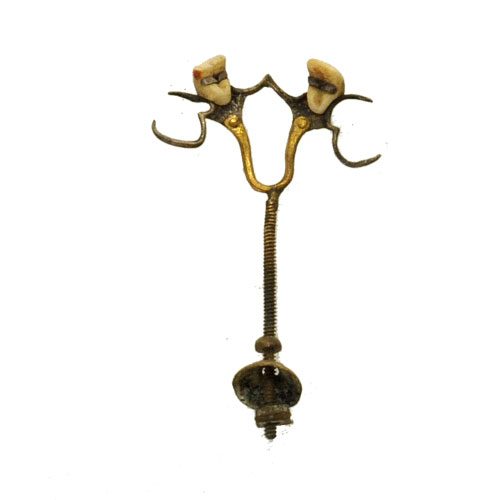 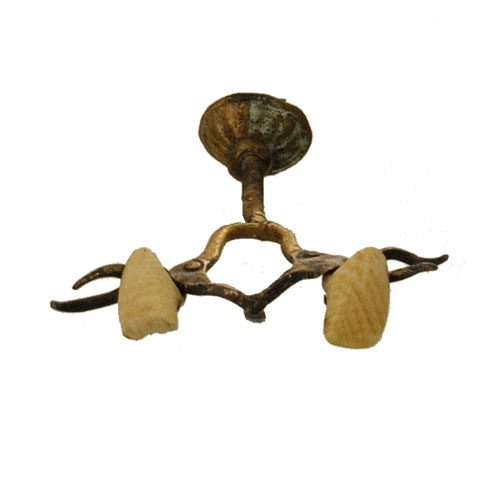 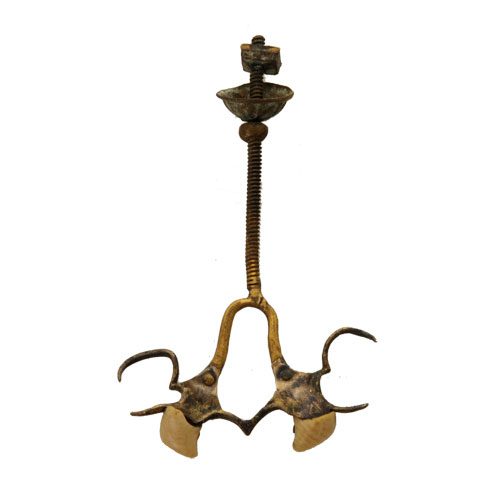 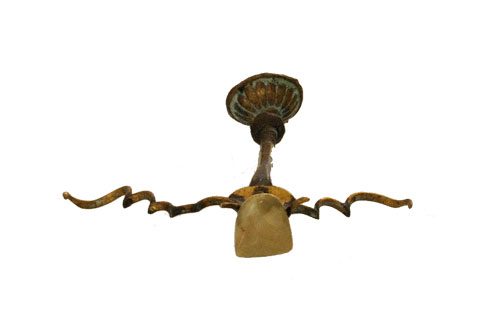 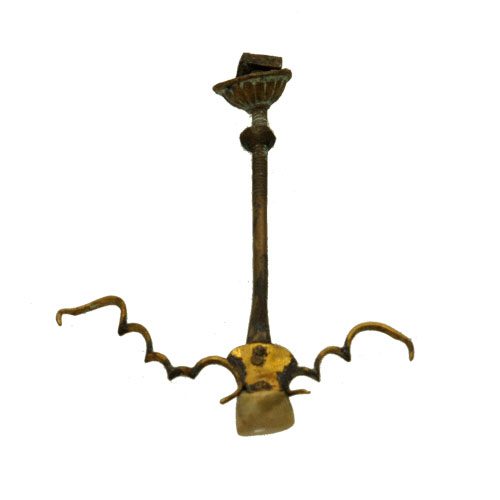 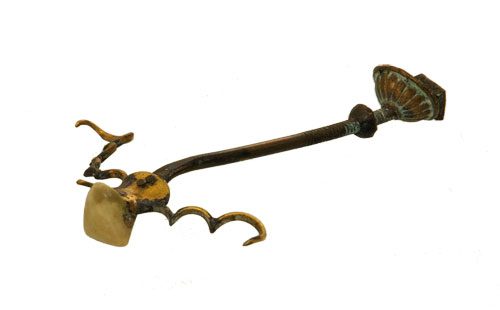 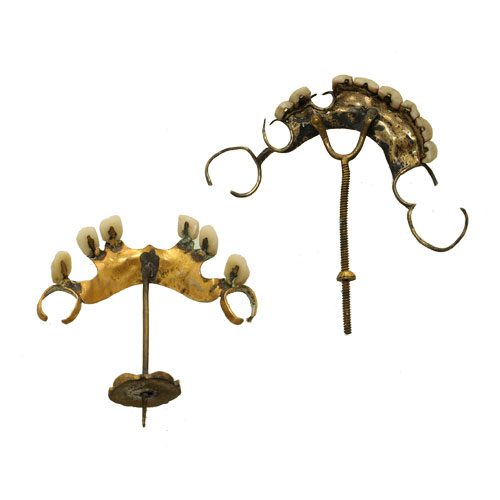 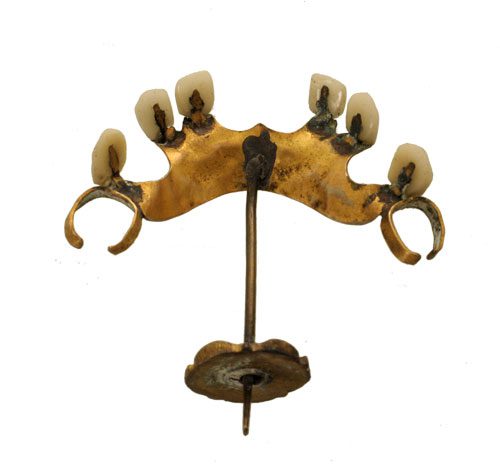 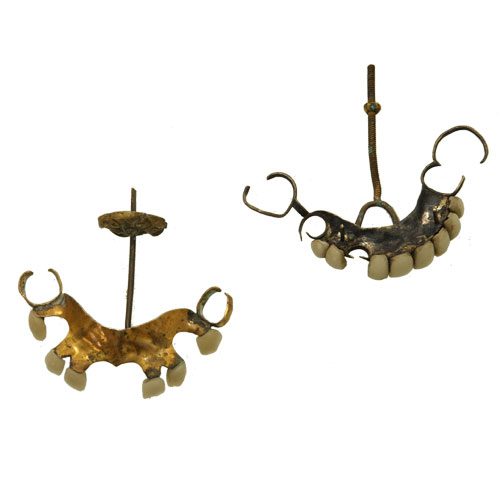 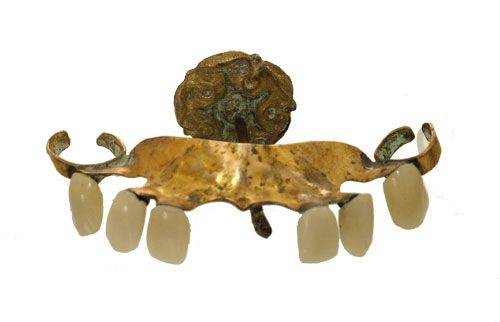 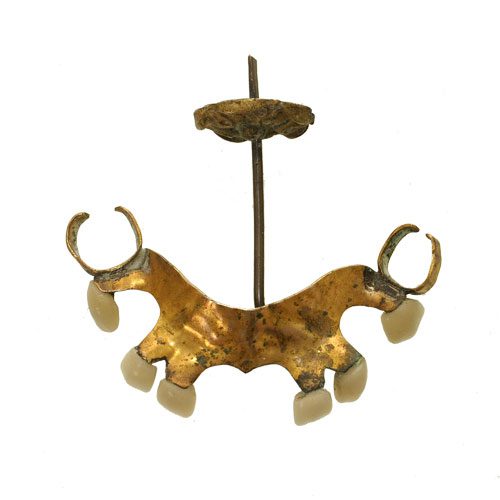 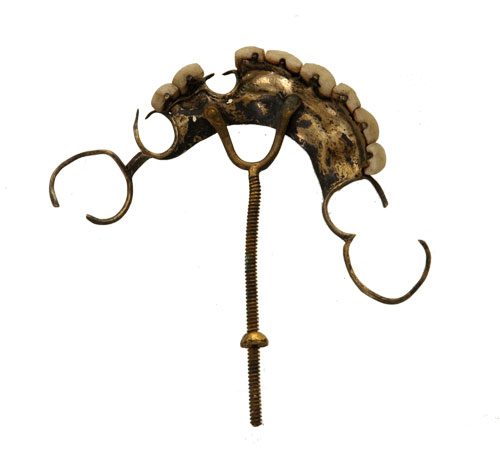 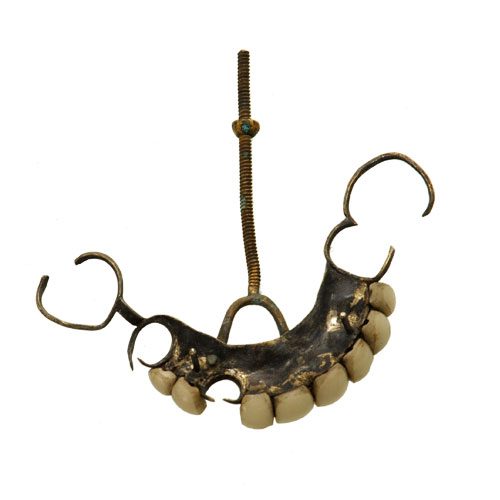 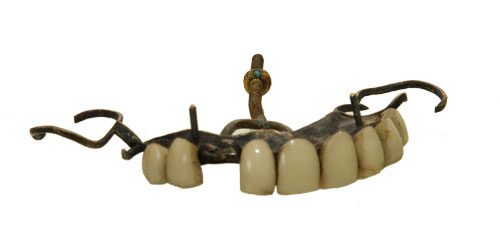 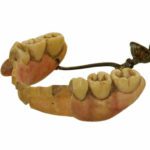 7 dental Ivory & porcelain Dentures, circa 1760-1840. The set consist of 5 dentures with Ivory- and 2 with porcelain teeth. The ivory dentures are made in the third quater of the 18th century. Philip Pfaff ( 1716-1780), Etienne Bourdet, William Rae 1782 and Francis Gillanders 1778 made dentures with ivory artificial teeth. The elements are made of Hippopotamus tusk, sea horse tusk and Ivory. The ones with only ivory are older that the ones with a frame. The metal frame dentures will be around 1800. The two dentures with porcelain elements are probably at the beginning of the 19th century. One of the first one, the parisien dentist Nicholas Dubois de Chemant (1753-1824) together with French Apothecary Alexis Duchateau,Â  collaborated in the production of the first porcelain dentures, baked in one piece. Later on in 1808 Giuseppangelo Fonzi, a Neapolitan dentist build a denture with single porcelain teeth which where mounted on a gold base.Â  Each tooth had a platinum hook fixed in it to facilitate its attachment to the baseplate.

The set of the 7 dentures gives a good overview on the development of the dentures. Starting with the Ivory ones, Ivory elements with a frame and at least the porcelain ones. ProbablyÂ the dentures come from a museum because they made a connection with a metal bar that you can screw them on a plate for display.