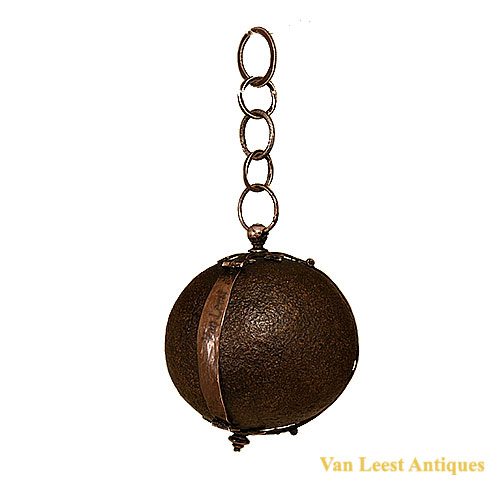 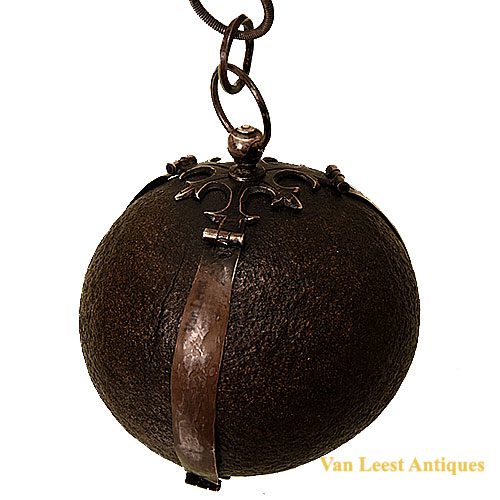 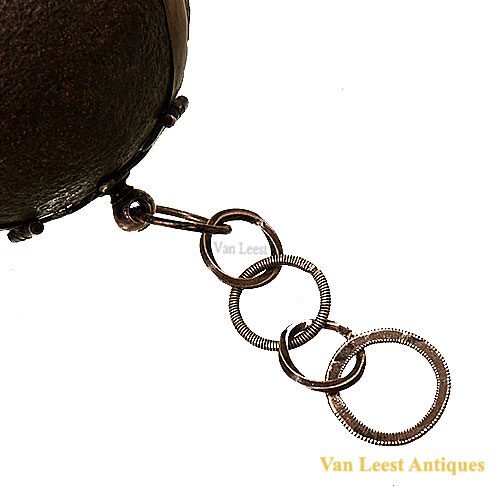 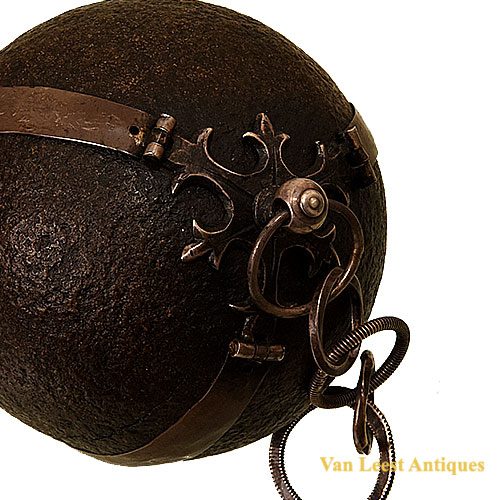 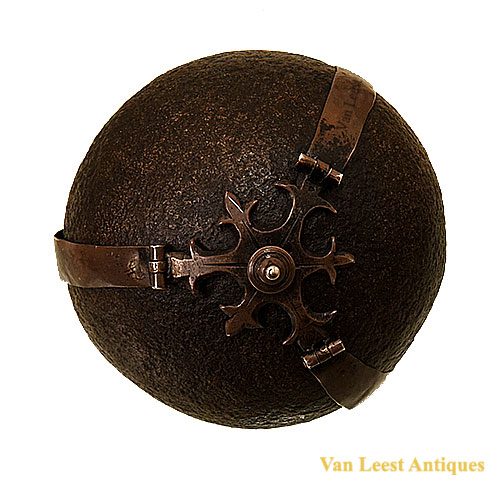 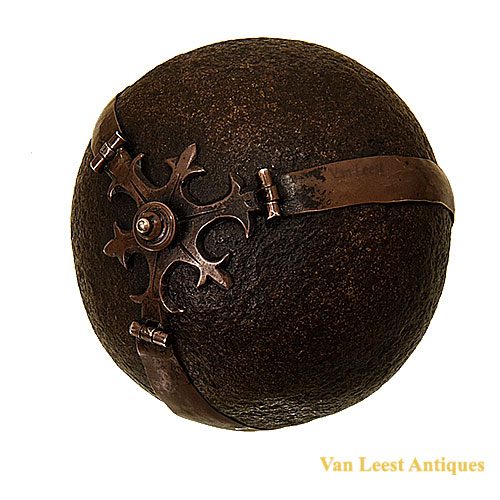 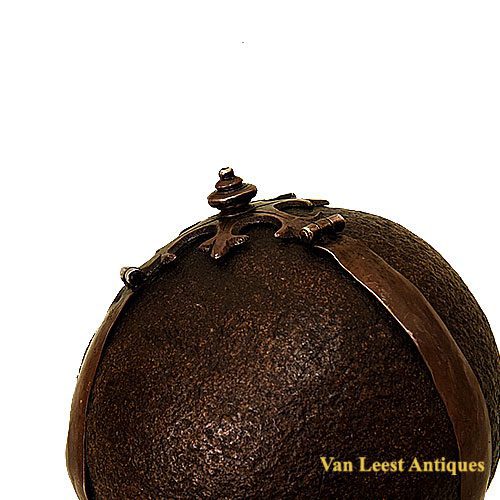 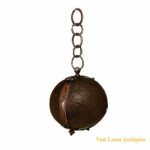 An 18th C bezoar monted in a silver pendant. Bezoars are stones which are formed in stomachs of ruminants, and were believed to have a medicinaal effect. The stones are formulated of blends of clusteren hair and calcium compounds. Diameter Bezoar 6 cm.

A bezoar is a mass found trapped in the gastrointestinal system, though it can occur in other locations. A pseudobezoar is an indigestible object introduced intentionally into the digestive system. There are several varieties of bezoar, some of which have inorganic constituents and others organic. The term has both a modern (medical, scientific) and a traditional usage.

Bezoar stones, once used as universal antidotes and panaceas, but currently regarded as costly and useless medicines of the past, are a major milestone in the history of toxicology. Arabic physicians had been using bezoars in medicine from the 8th century onwards. In the 16th century, the Portuguese controlled bezoar trade from India, and the Portuguese doctors Garcia de Orta, Amatus Lusitanus, and Cristobal Acosta introduced the medicinal use of Oriental bezoars to European medical literature. Some criticism aside, leading European doctors prescribed bezoars mainly as powerful antidotes. Five bezoars that now adorn the Távora Sequeira Pinto Collection in Oporto testify to the allure and glory of bezoars at the height of their golden age, when they equalled the splendour of gems and noble minerals that dominated the Eastern and Western lithotherapy.The end of the 18th century marked the end of ancient panaceas. This article focuses on the therapeutic and apotropaic use of bezoars