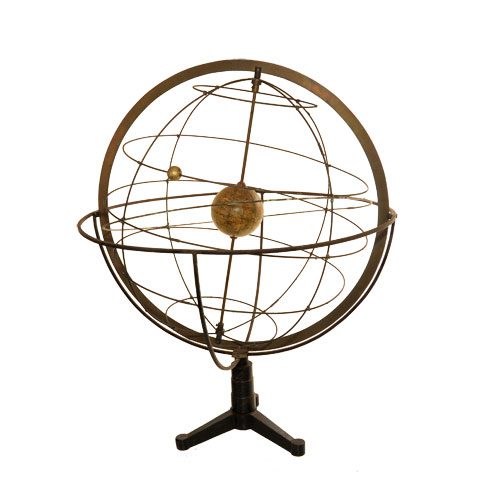 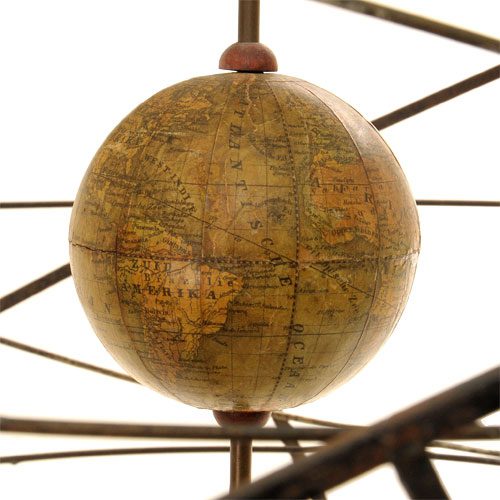 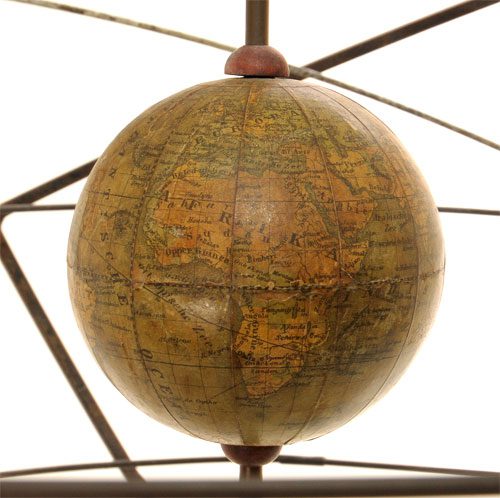 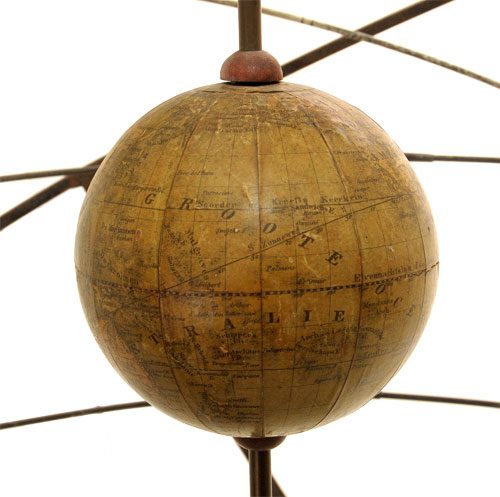 An Abel-Klinger celestial sphere, dated 1855-1895. The globe in this unique celestialÂ sphere is marked by “De AARDE, Â AK” (see pictures). The logo of AK, including the letter type of “De AARDE” on the globe Cartouche is typically coming from Â C. Abel-Klinger, Nurnberg. Â The 4 inch (10,2 cm) globe, consist of 12 gores, is the centre of thecelestial Â sphere. The spherical wire cage defines the celestial sphere, its pole aligning with the Earth’s north pole and its equator defined as the projection of the Earth’s equator onto the sphere. The Ecliptic is a ring that marks the Sun’s path through the heavens; it is inclined at an angle of 23.5Â° to the equator. There is also a star projectionÂ in the sphere.Â  The spherical cage rotates, while the Earth at the center remains stationary. Diameter 55 cm.