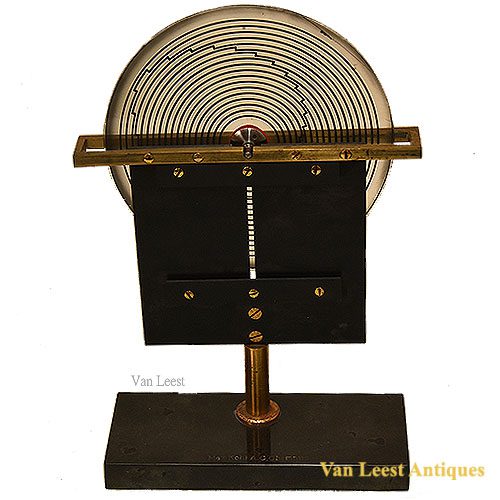 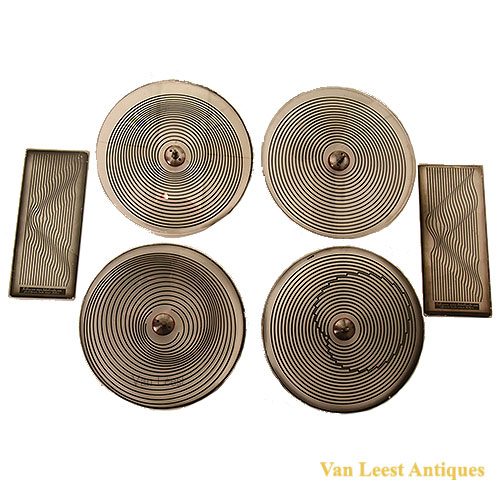 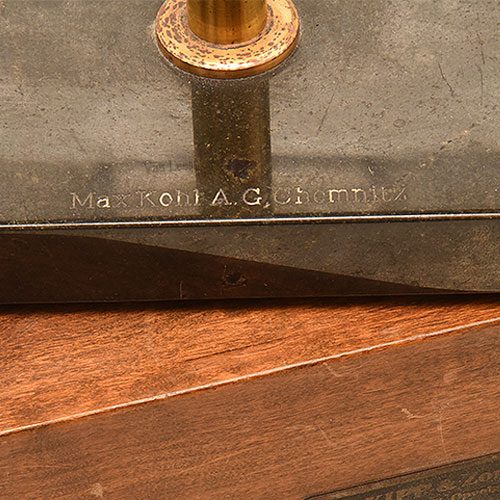 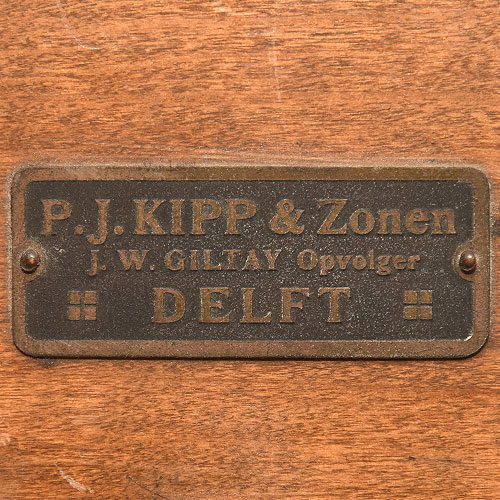 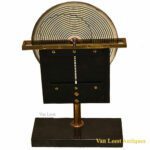 André Prosper Crova was a faculty member at the University of Montpelier. He invented this acoustic wave model in the 1860s and commissioned the prominent Parisian acoustic instrument maker Rudolph Koenig to manufacture it for him. It was first shown at the 1867 Paris World Fair.

Crova’s apparatus consisted of glass disks which were first painted black and then had a series of precise curves traced through the paint to the glass. The disks could be viewed in different ways, but generally were projected through a slit as they were rotated. The short arcs of the circles projected in this way represented particles of air and as the disk rotated these “particles” moved in precisely the same way that air moved when set in motion by a sound wave.

Crova’s disk was widely used and was manufactured well into the 20th century. His original apparatus included eight separate disks that could show “propagation of a wave pulse, reflection of a wave pulse, propagation of a sound wave, reflection of continuous vibratory movement, fundamental tone of sound pipes, first harmonic of sound pipes, vibrations of ether and interference of two vibratory movements.” Over time, a variety of additional disks were designed which extended its range even further.