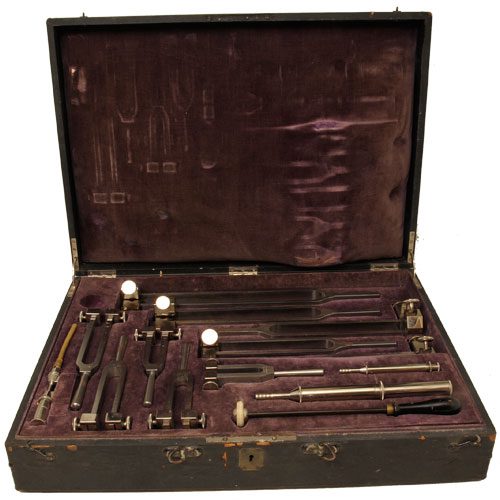 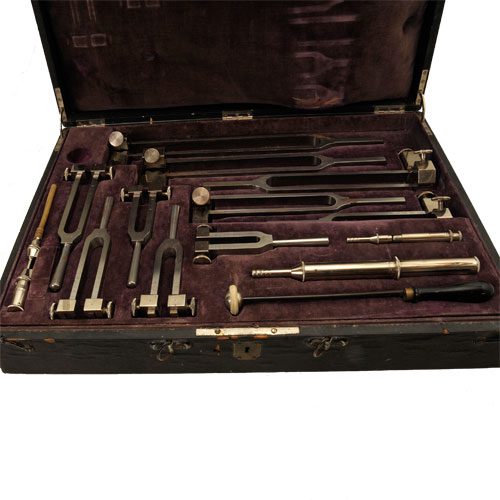 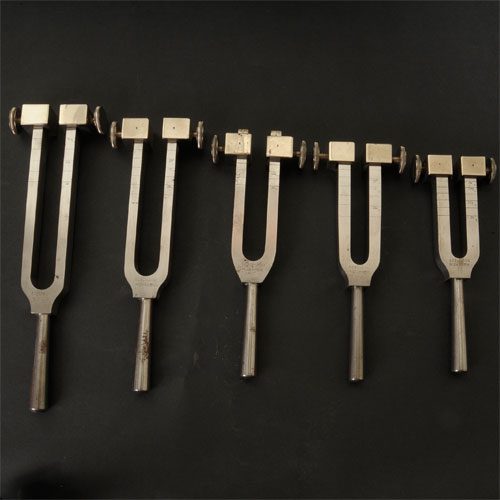 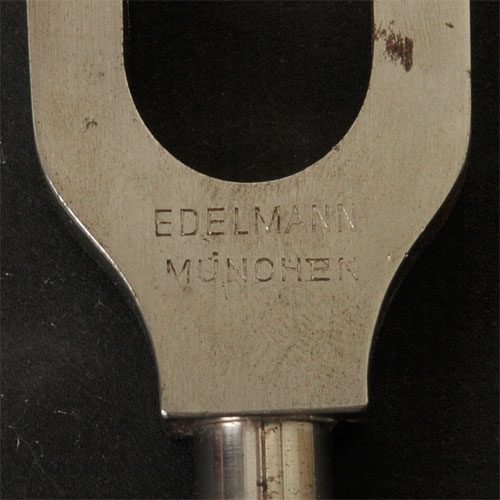 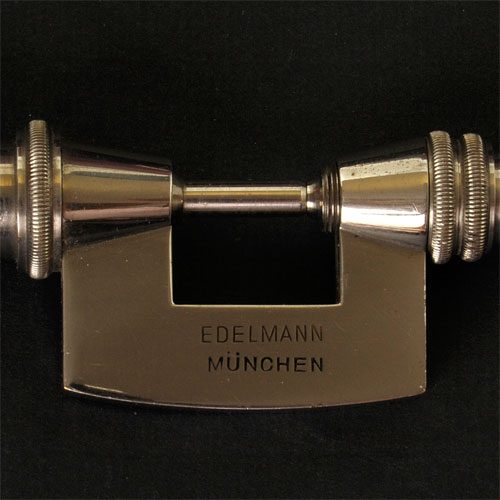 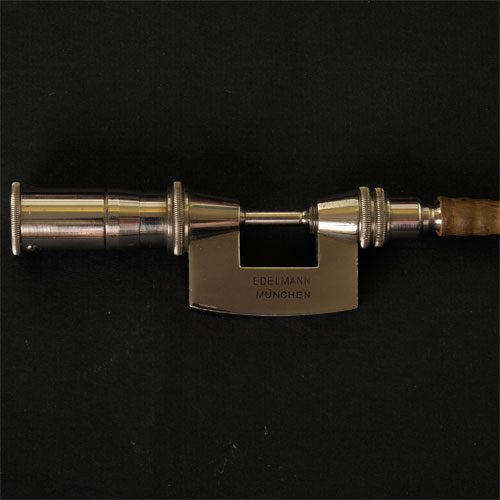 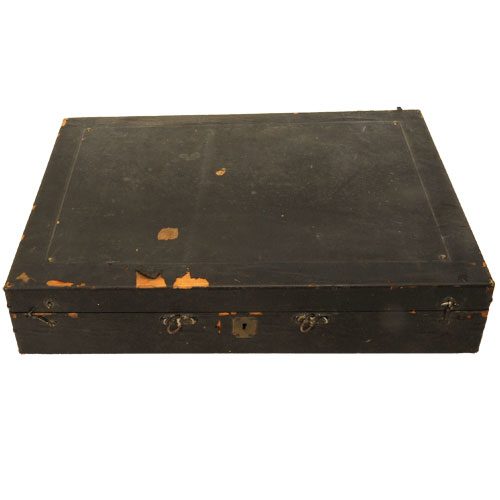 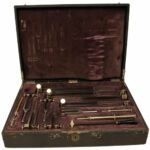 A set tunning forks by Prof. Dr. M. TH. Edelmann, Munich C1900, The set is almost complete, the fanball is missing. The set consist of 10 forks with tunning-weighs, 3 Ultrasonic whistle (Galton), and a Hammer. The handle of the suitcase is broken.

First partnership he was after his father’s death in 1913 owner of the company. Prof. Dr. M. Th. Edelmann & Son, Physico-Mechanical Institute, manufacturing scientific instruments of their own design in Munich. After the First World War he developed since 1903 worked in the company electrocardiograph further dramatically, therefore “nobleman” became a leading manufacturer of ECG devices.