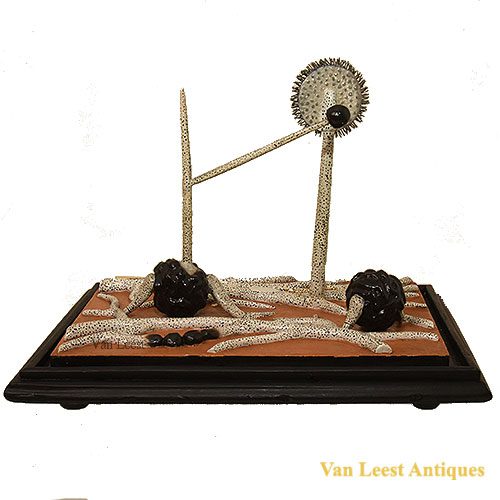 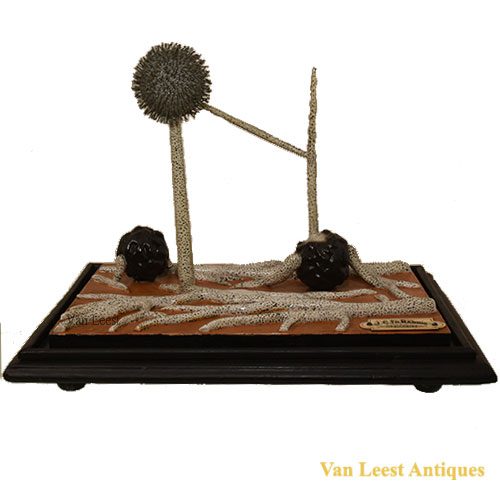 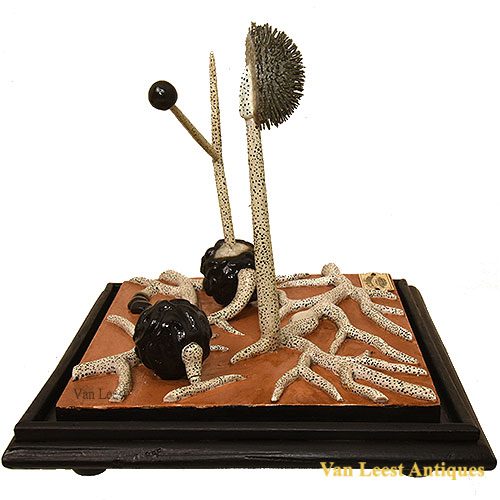 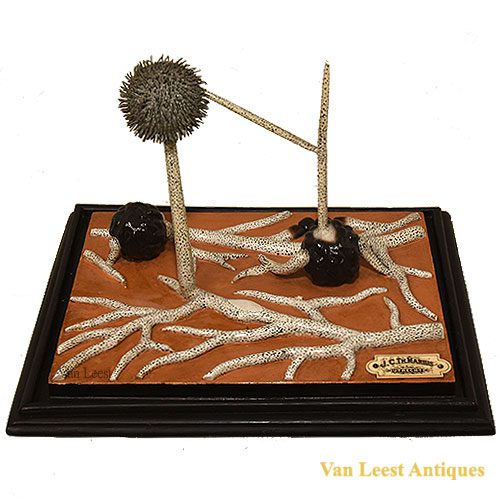 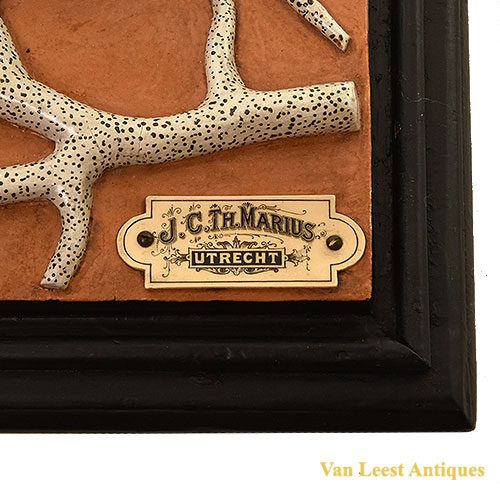 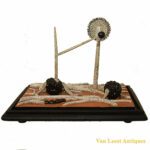 A teaching model of a fungus, ( Mucor Mucedo), dating back to the twenties of the last century and sold by retailer JCTh. Marius Utrecht. The greatly enlarged scale of the fungus, Mucor mucedo let known as hyphae, the hyphen, see those on the ground, such as bread or a fruit walk. The model dates from the time of Fleming. These are fungi that after a day or so to appear on bread they like watt overgrow. The substances produced by fungi digest bread. The substances which are thereby produced are often poisonous. By coincidence, the Brit Fleming discovered in 1928 by another fungus, a substance which could kill bacteria penicillin. That discovery changed the world. Bacterial infections were from as much better and especially heal faster.