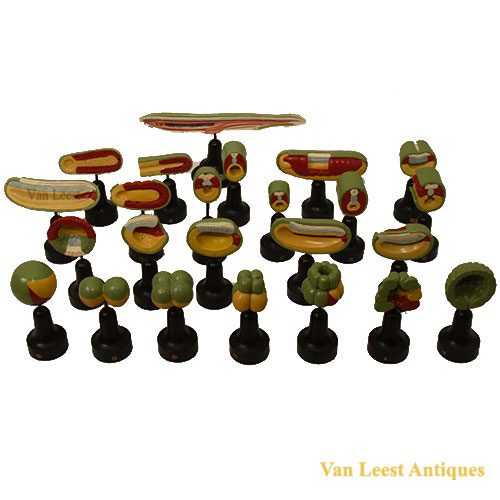 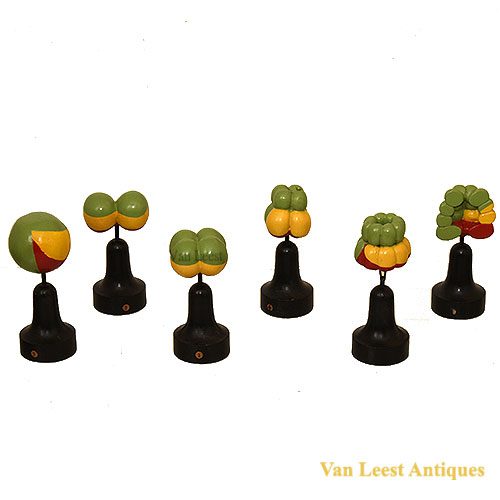 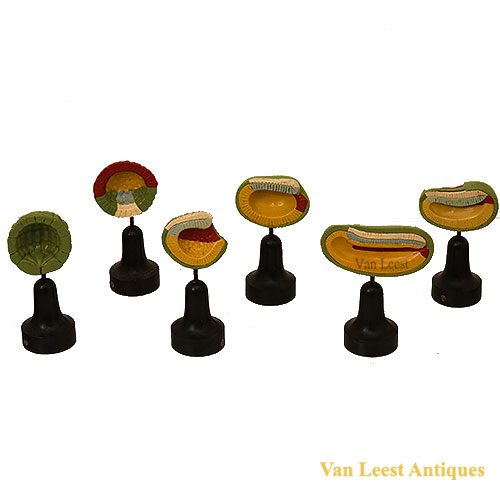 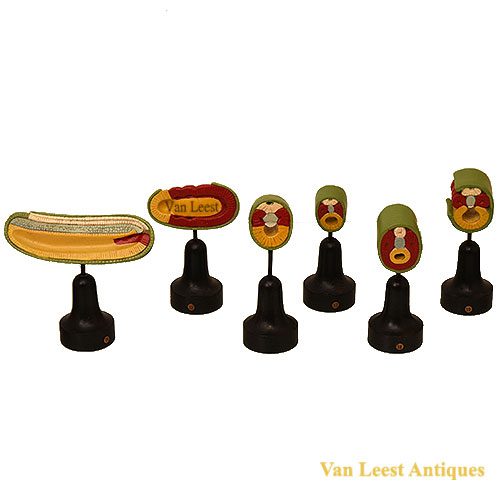 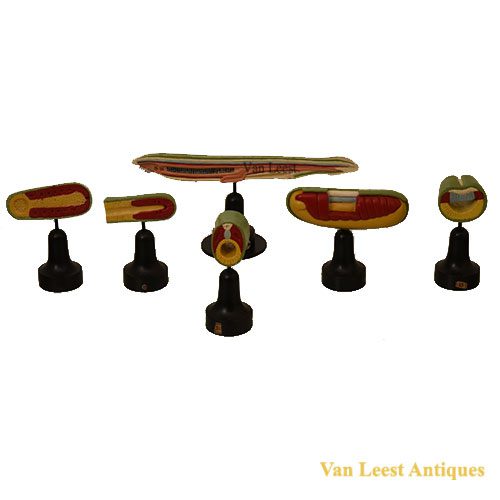 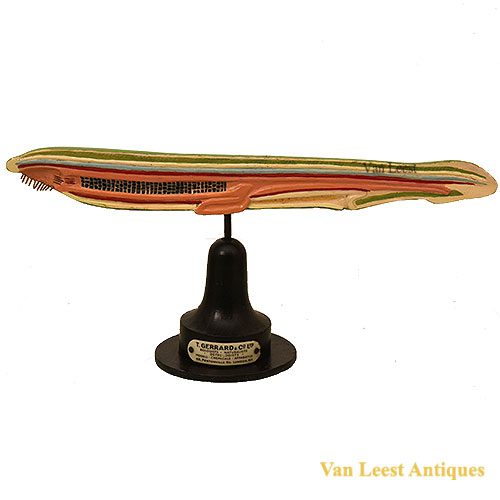 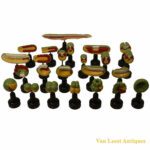 Development of the Lancelet ( amphioxus) models

The development of the Lancelet ( amphioxus) by Somso, C 1930. Retailer: T.  Gerrard & Co Ltd,London. Consisting of 24 individual models showing the development of a fertilised lancelet egg to a Lancelet. Two are missing. Each model individually mounted on a stand with base and in one piece. There are different enlargements of the original stadium of the development. The models are 12 cm high and in perfect condition.