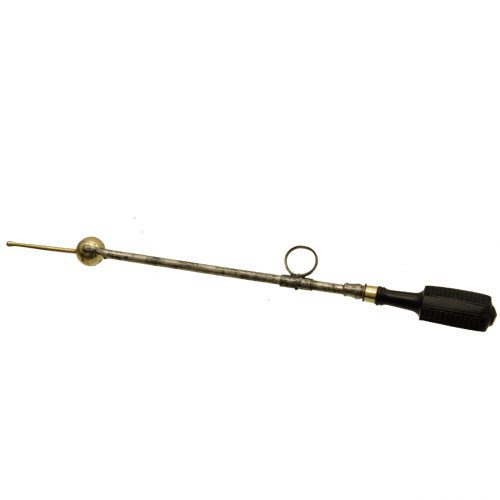 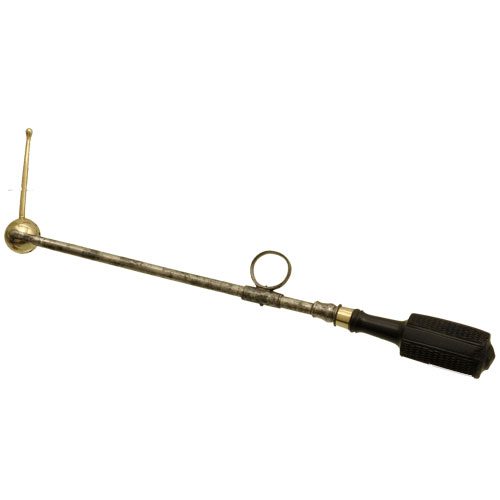 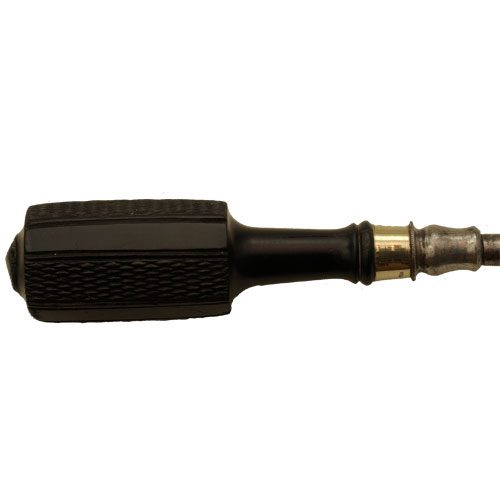 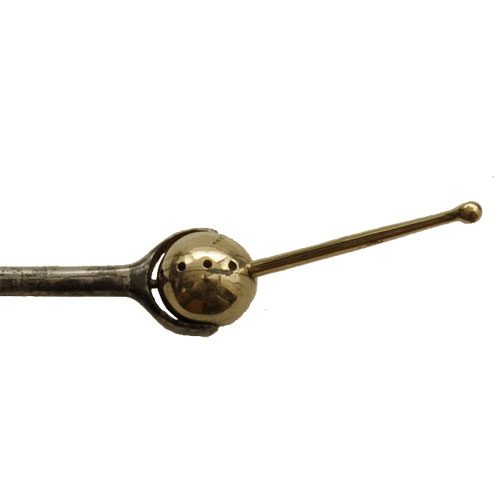 A Gynaecological Sims Uterine Elevator/repositor with a silver repositor, steel shaft and crosshatched ebony handle. The silver repositor/elevator can be placed in various different positions relative to the shaft by pulling on steel ring.

American obstetrician James Marion Sims (1818-1883) invented this metal instrument. It was used during uterine surgery to adjust the positioning of the uterus. Treating uterine ailments became important during the 1800s. They were thought to cause hysteria, nervous debility and other disorders among women. Sims is sometimes referred to as the father of gynaecology for his pioneering work. He remains controversial. This is because his early experimental surgery in Alabama was performed on enslaved African women. The last picture comes from the Text book of gyneco.