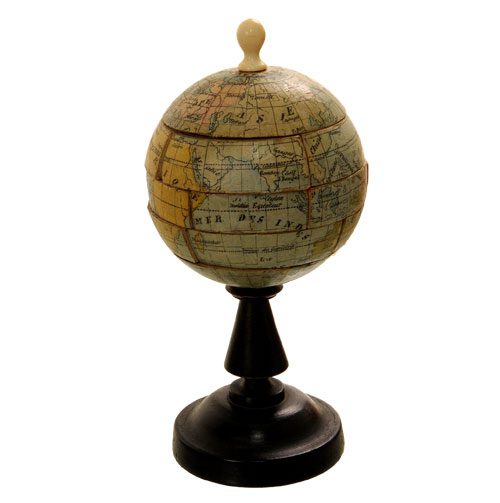 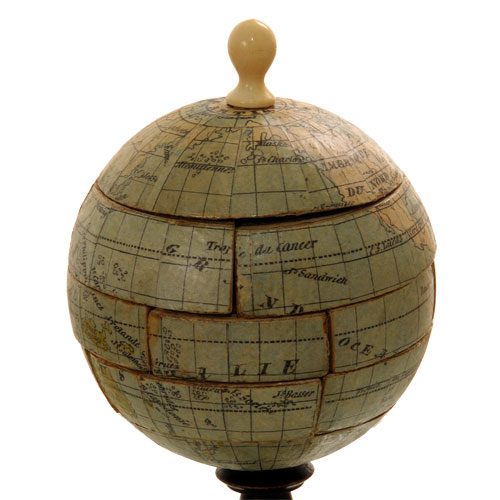 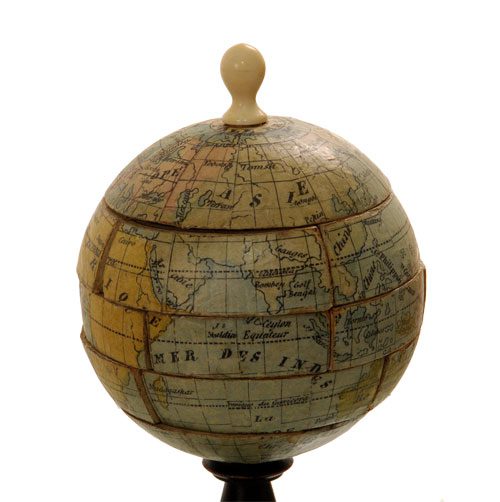 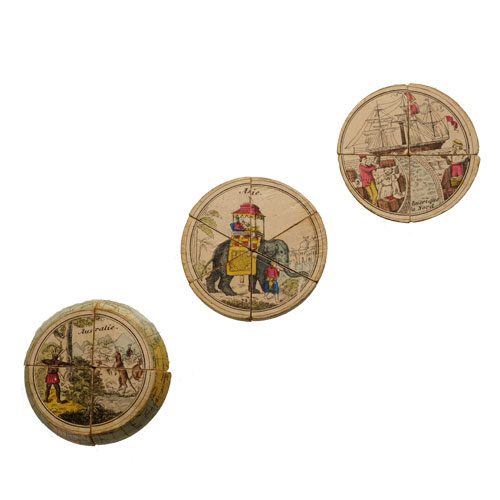 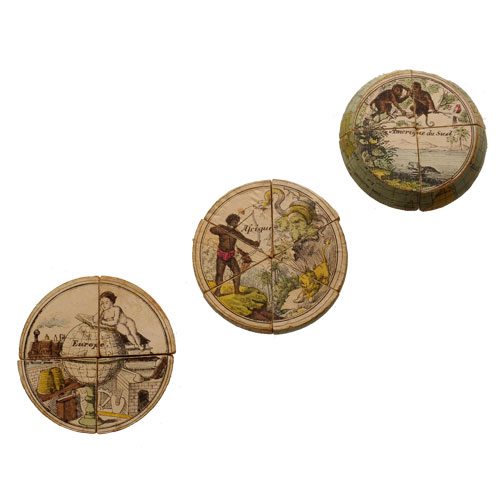 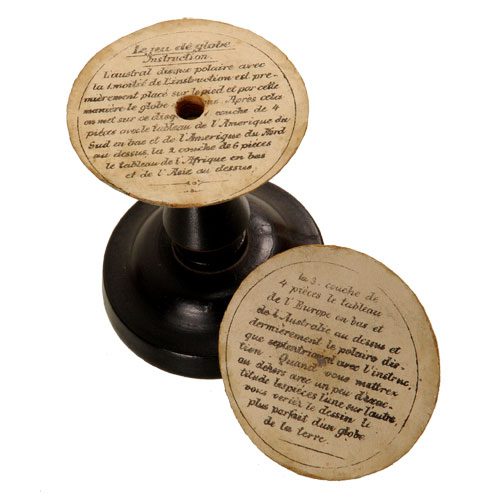 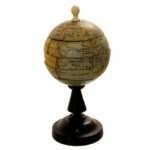 AnÂ attractive puzzle globe, unusually fine and complete.The Puzzle globe sliced into five horizontal sections, the two poles present each as a fullslice, the two tropics divided into four equal sections, and the one equatorial slices dividedinto six, each section with a printed descriptive note pasted on the upper and lower side.

The whole completed with a black ebonized base and turned knob at the top, 16 pieces in total (including the base)Â It is an’Etudes geographiques’, but it is described on the globe itself as simply ‘La Terre’.Â A printed note on the globe confirms that the maker is Charles Kapp of Nuremberg,Â although the French captions strongly suggest that it was made for the export market.Â Not a great deal is known about Kapp – he is not, for instance, recorded in Tooley’sÂ Dictionary of MapmakersÂ – although he is thought to have been active from aroundÂ One of the exquisite aspects of this puzzle is that each of the sections of theÂ globe also features printed images to top and bottom: each of the six major regions.