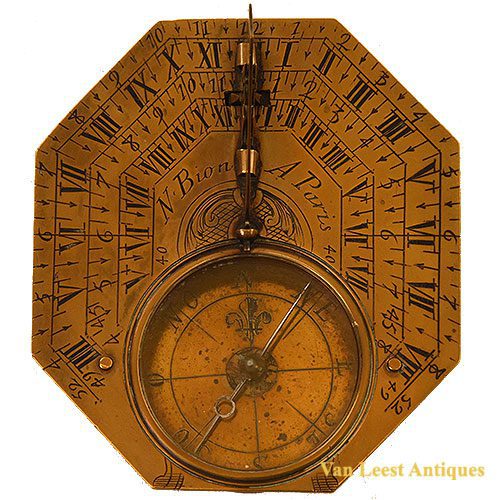 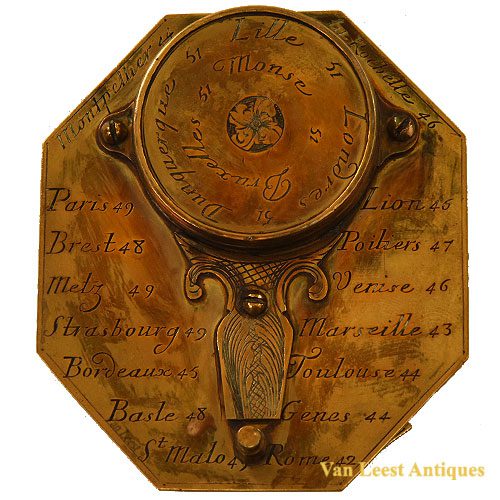 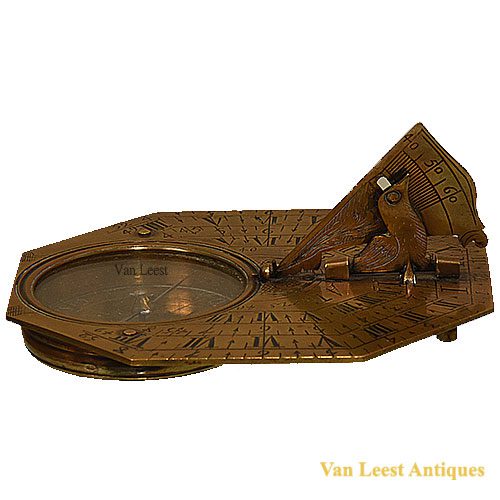 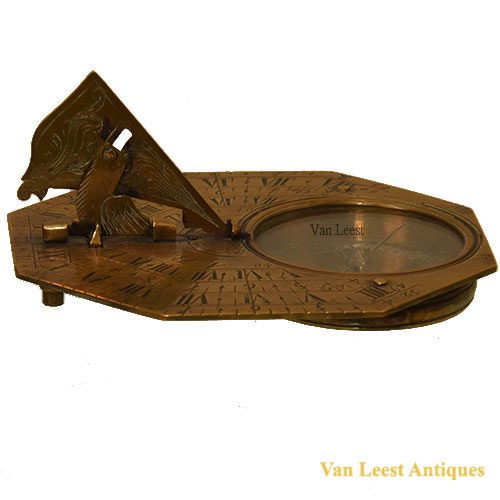 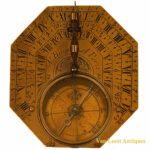 Folding sectoral gnomon with latitude selection scale and bird-shape pointer is mounted on the base of compass box. Four hour scales for different latitudes: V-ХII with points in 1/4 hour (40°), 4-12-8 – in 1/2 hour (52°). Latitude selection scale 40°-60° with points in 1° and numbering in 10. The dial is also mounted with a glazed compass, with pointer moveable against a ±30 scale of magnetic deviation from North. The sundial can be used over a number of different latitudes of notable European cities, engraved on the reverse. Measurements 7,5 x 6,5 cm.

Bion’s workshop was located within the historic Quai de l’Horloge, Palais de Justice, Paris. He worked by royal appointment as a maker of mathematical instruments to Louis XIV and Louis XV, of France.