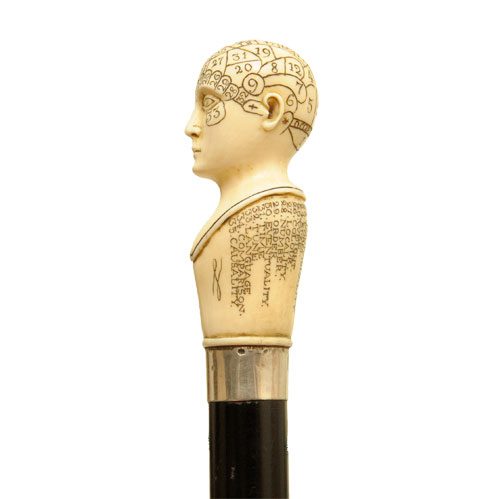 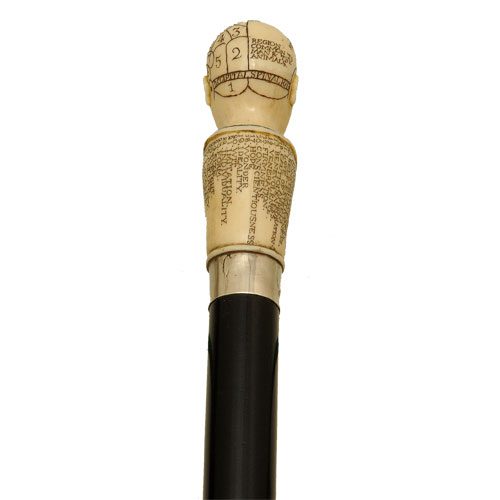 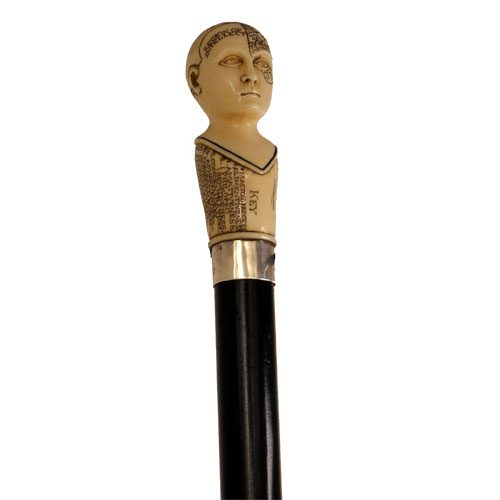 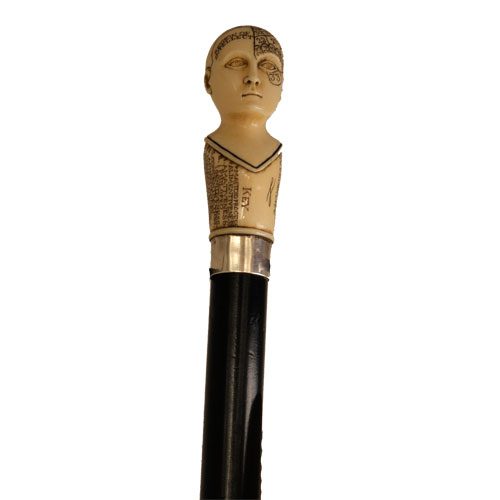 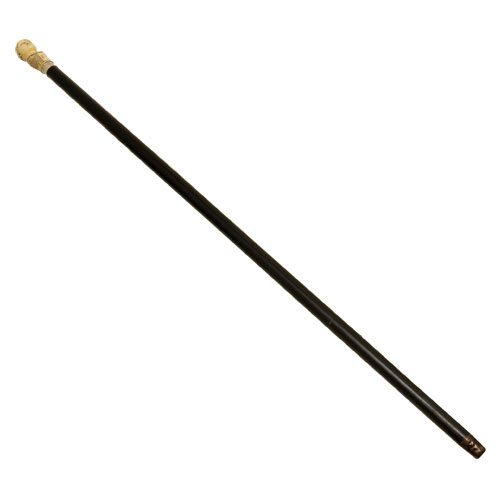 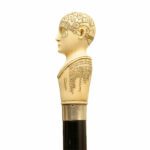 Phrenology had its roots in a belief that all human actions and mental processes have locations in the brain. Far from being quack,Â ; it became a focus for serious, well-founded and documented studies, beginning in the late 18th century and continuing for nearly 100 years. The widespread interest in phrenology spawned many objects and artifacts, including porcelain and plaster heads, ashtrays, etc., of which cane heads have perhaps the most charm in the widely different expressions and aspects. Among these miniature ivory head there seem to be about a dozen distinct â€˜personages,â€™ some male, some female, some not clear.