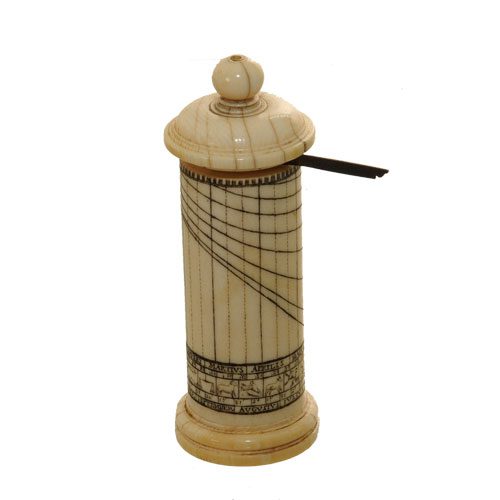 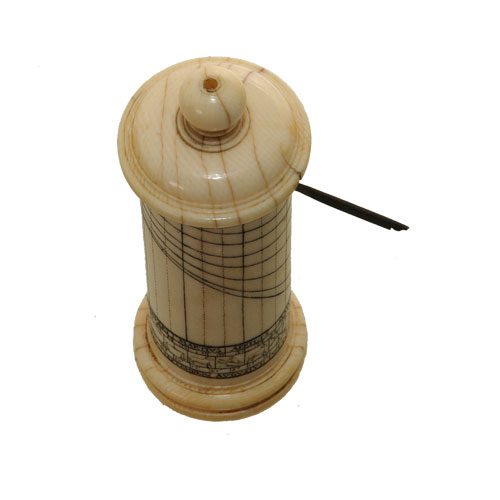 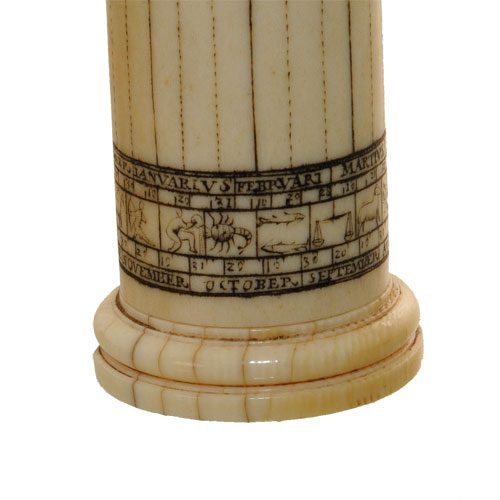 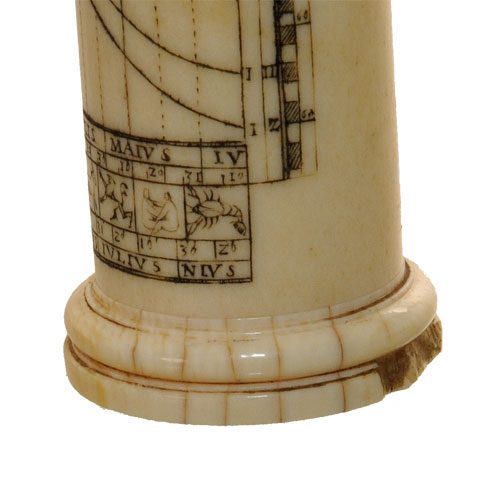 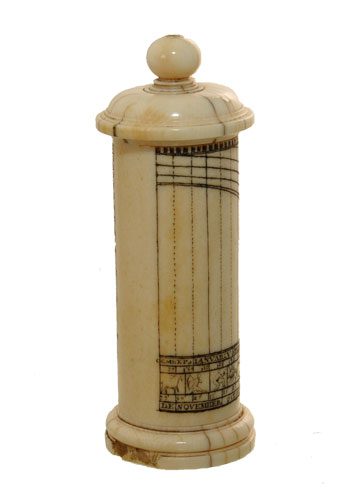 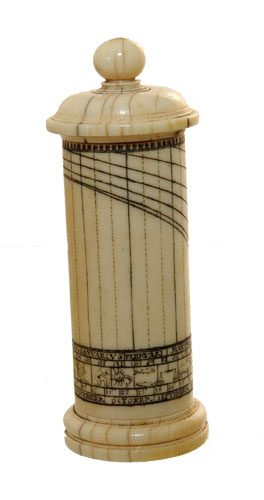 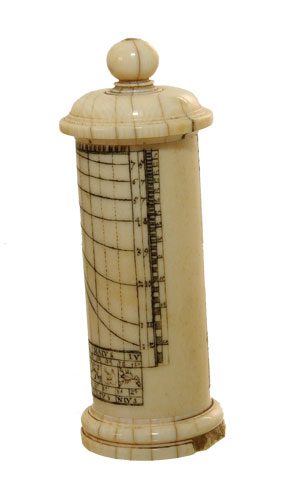 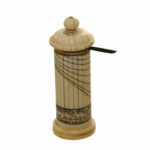 This type of sundial is already known from Roman times in the first century AD and were popular in the Middle Ages. They can be made from Bone, Ivory, Wood, Brass or Silver. Wood or Ivory with a brass Gnomon, that can be stored/folded for transport, are the most common types.
This sundial has a brass Gnomon, a Bone column and an Ivory top and bottom section with wooden connections, which is an unusual combination. The hour lines are plotted against the months in Latin and also the Signs of the Zodiac are given. The Summer/Winter Solstice and the Spring/Autumn Equinox are given around the 11thday of the month instead of around the 21st day, which means that the Julian calendar has been used. This calendar was gradually replaced by the Gregorian calendar from 1582 onwards, giving a jump of about 10 days, dating this sundial before the end of the 16th century. The Hour lines are designed for a Latitude of about 50 degrees and wrapped around the cylinder, leaving an unusual opening at the ends, probably because these lines have originally been designed for a smaller size of cylinder. The 50 degrees latitude is suitable for mid Germany (around Nurnberg), Prague and Dieppe. Al being possible locations of the maker, although Dieppe is less likely in view of the Latin naming used. 10 cm high and diameter of the column is 3 cm.
SKU: 00 351104 d S Categories: Sold products, Sundails, Calendar and Compasses