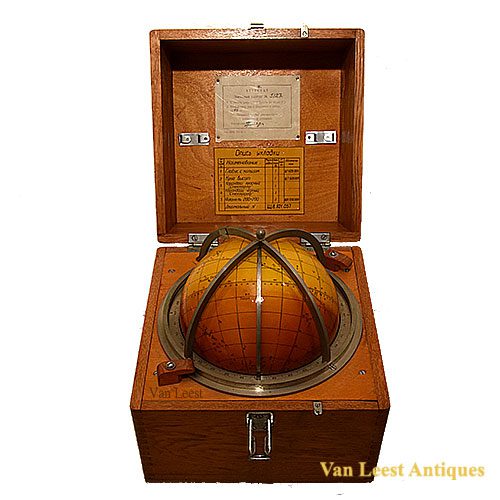 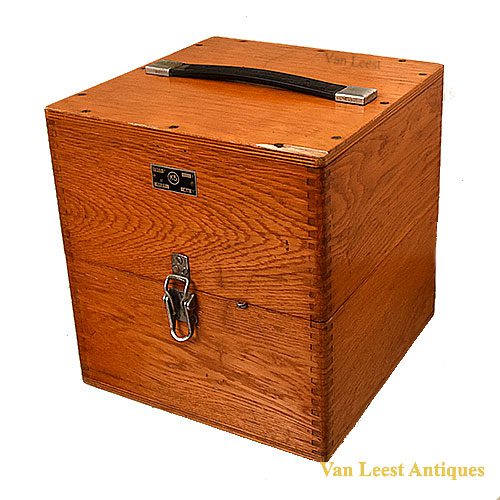 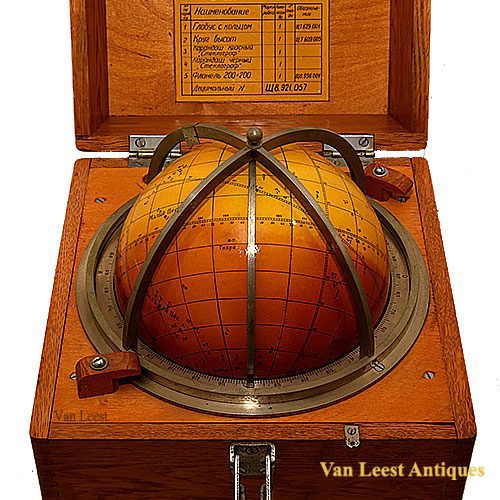 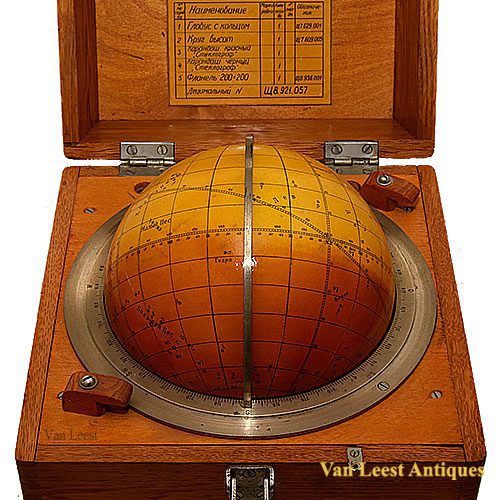 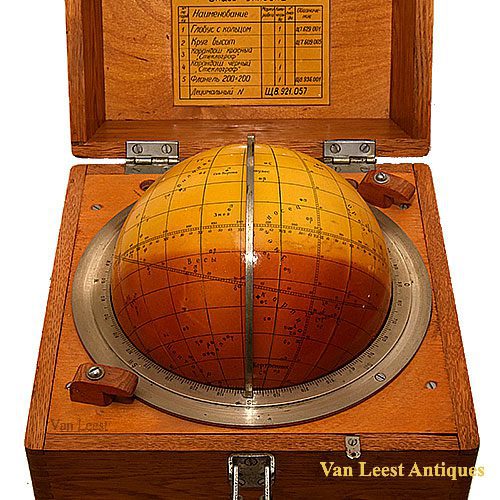 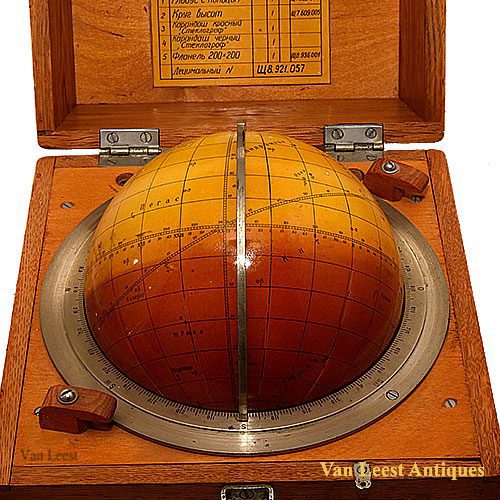 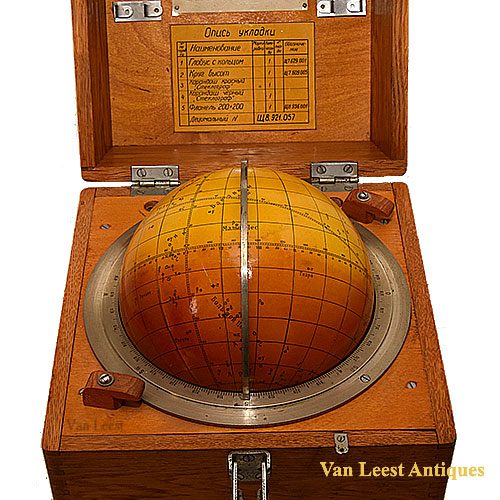 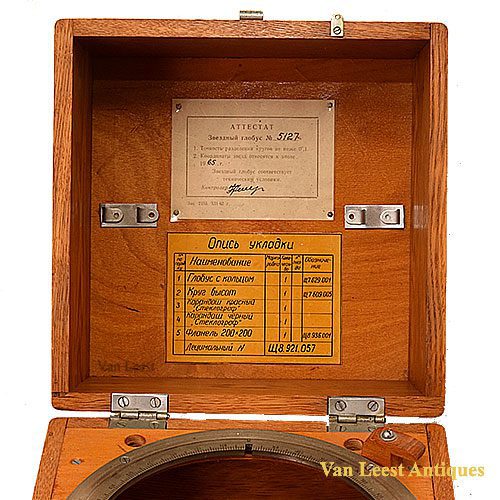 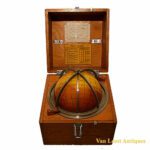 This celestial globe was made in 1965, yet it is almost identical to ones manufactured by Carey & Co, in London, UK in the early 1900s (such as item GLB0050 in the collection of the National Maritime Museum Greenwich). Though this long period of production shows the longevity of navigational devices, this instrument was almost out of date by the time of its manufacture. From the 1980s, portable electronic scientific calculators allowed navigators to make astronomical calculations with greater speed and accuracy than was possible with the celestial globe.

6-in. dia. lacquered globe showing stars, constellations, equator, ecliptic, and meridians, housed in it original birch hinged box, interior with aluminum compass divided in four quadrants, original Russian manua. This globe is mounted in a Aluminium meridian circle on steel pins which represent the polar axis. The circle is divided from 0-90 degrees in four quadrants, the zeros being at the pins or poles. The meridian circle is held in the horizon circle by two slots in which it can be turned for setting the latitude. The horizon circle also carries four vertical quadrants, which are divided from 0-90 degrees to show altitude, and the divided edges are used as index marks by which to read the azimuth on the horizon circle. This system of vertical arcs can be lifted off for convenience in adjusting the globe. Four cursors are provided, two right handed and two left handed which can be mounted and slide on the altitude quadrants.