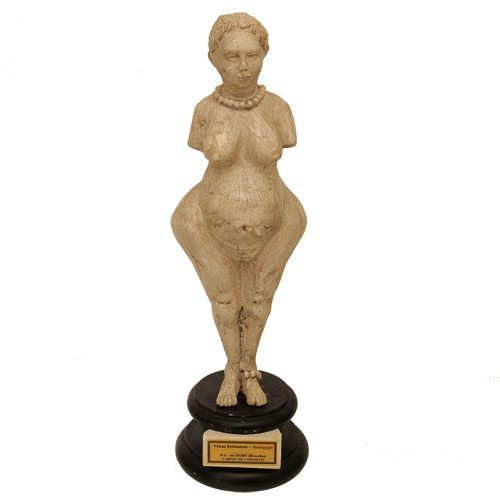 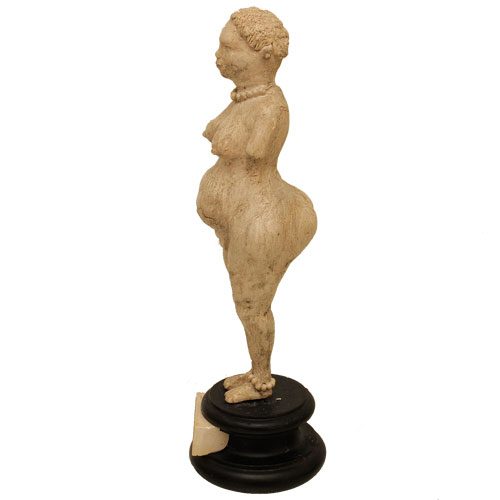 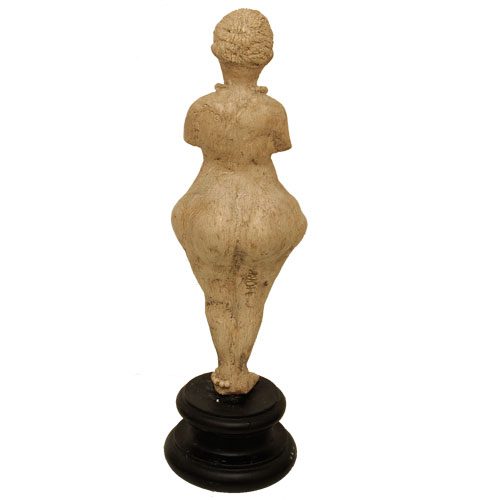 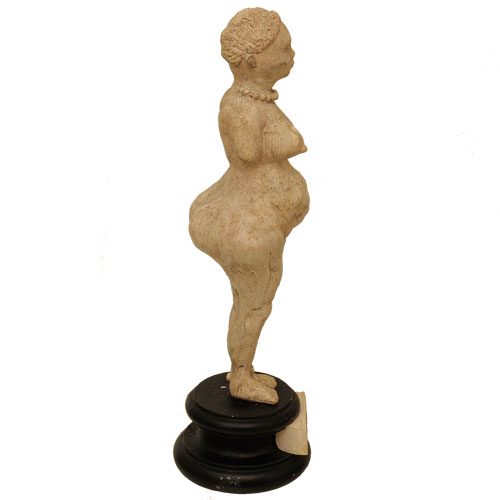 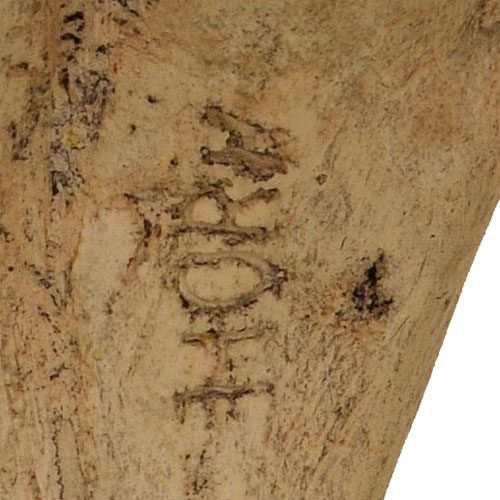 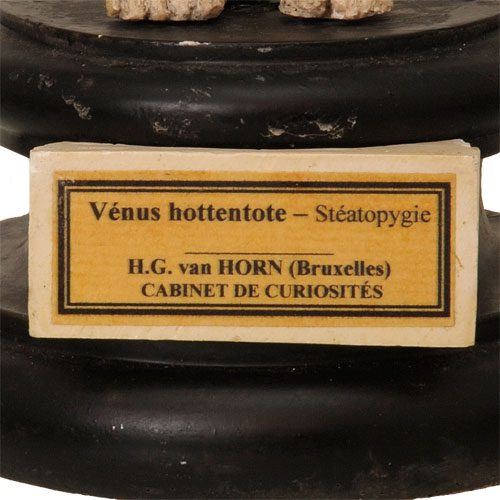 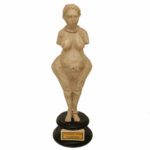 An model of a Hottentote Venus – Steatopygie model coming out the collection of H.G. van Horn (Bruxelles), cabinet the curiosites.

Sarah Baartman (before 1790 â€“ 29 December 1815), was the most well known of at least two Khoikhoi women who, due to their large buttocks, were exhibited as freak show attractions in 19th-century Europe under the name Hottentot Venusâ€””Hottentot” was the then current name for the Khoi people, now considered an offensive term, and “Venus” referred to the Roman goddess of love.