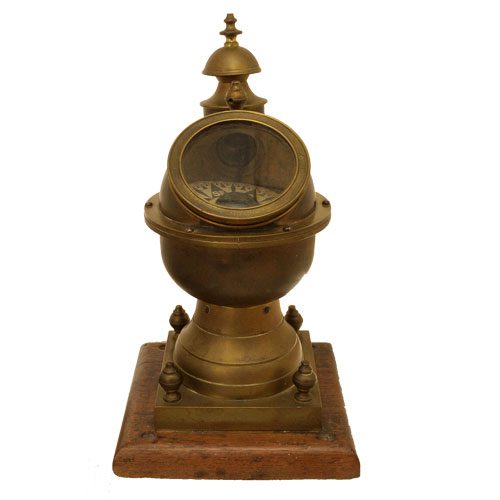 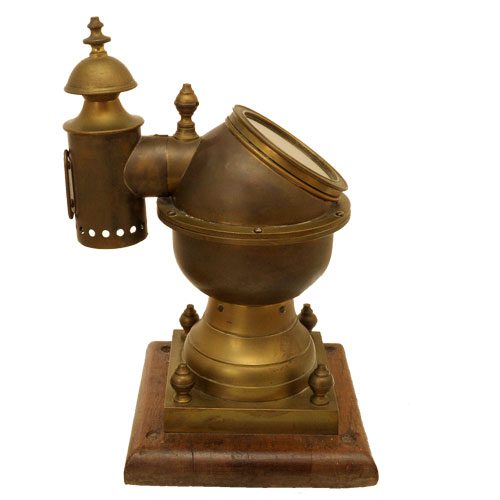 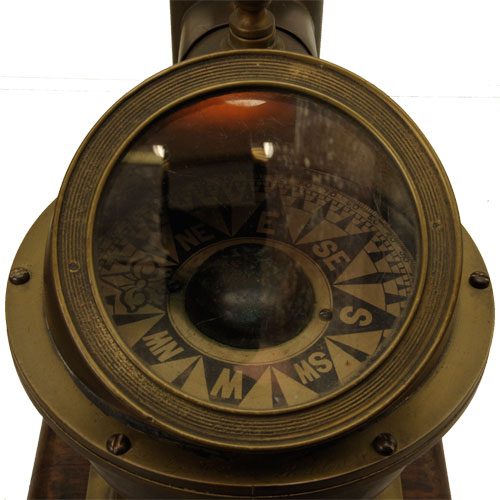 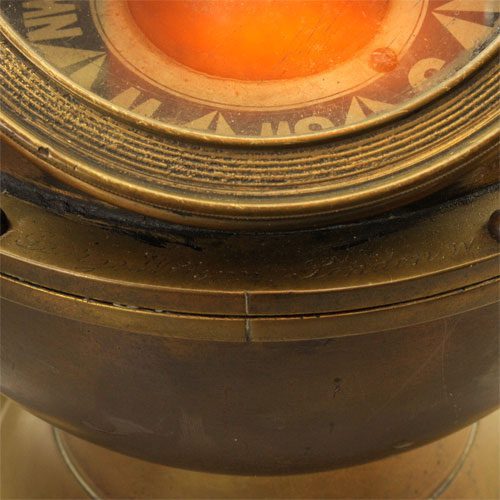 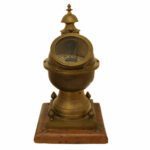 This is probably the same George Wilson who is recorded as making binnacles from 20 Glasshouse St., Piccadilly in 1825. Although liquid-filled compasses were demonstrated by Sir Edmund Halley to the Royal Society as early as 1690, the first liquid-filled mariner’s compass believed practicable for limited use was patented by Francis Crow in 1813. Liquid-damped marine compasses for ships and small boats were only occasionally used by the Royal Navy, the standard Admiralty compass remained a dry-mount type. Despite these advances, the liquid compass was not introduced generally into the Royal Navy until 1908.