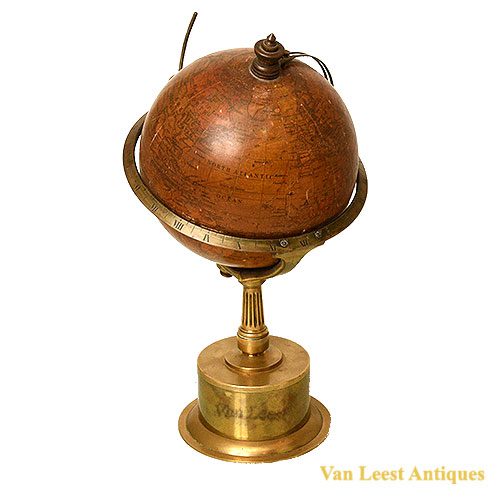 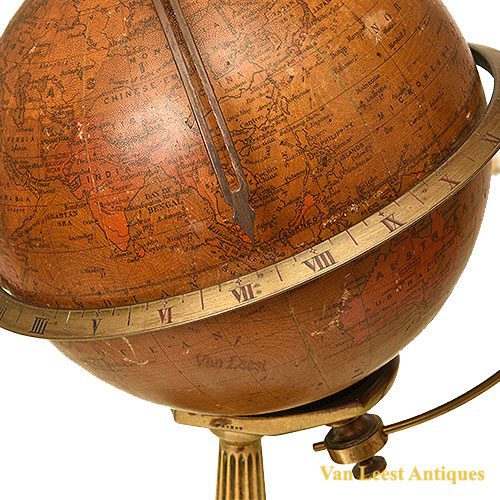 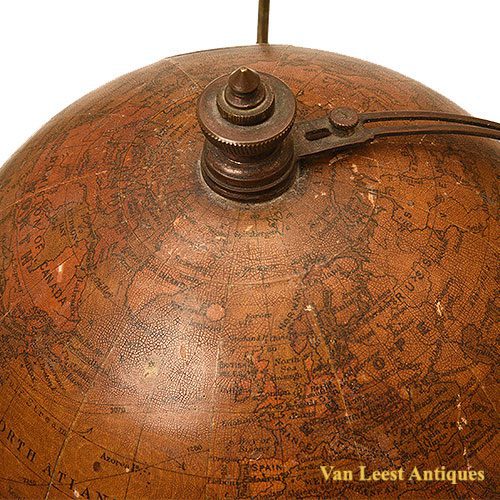 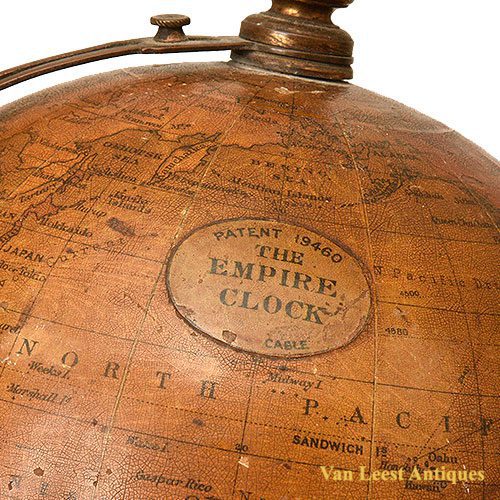 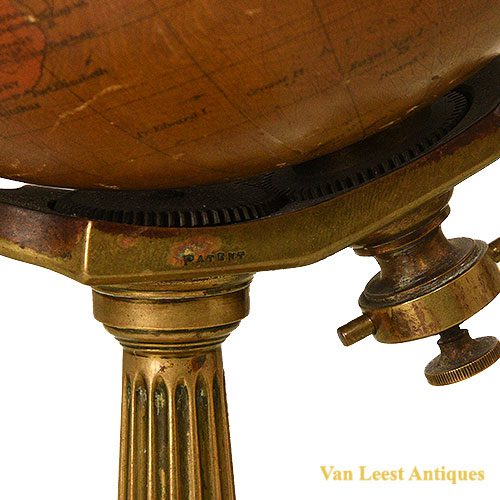 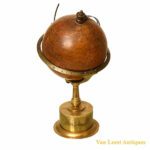 Small Globe with clock in brass base, J. H. Overton

A brass pedestal contains a clock and supports the rotating globe. The hour is indicated at the point where the brass semicircle meets the fixed circle placed along the equator and is divided into 24 hours and their fractions. The semicircle can be moved to any meridian, and the time difference between any place and the chosen meridian results where the other meridians intersect the hour circle. In a special holder, under the globe, is the segment of a threaded metal circle, along which a small globe representing the sun can be screwed by hand, and which can rise and fall relative to the equator from one solstice to the next by twenty-three and a half degrees, thus indicating the seasonal position of the sun. The globe reads “Patent 19460 The Empire Clock Cable.” The timepiece is placed at the base of the globe and represents one of the many variations of the so-called “universal” clocks, very popular in the nineteenth century. Patent No. 19460 was granted to J. H. Overton on 31 August 1906. Made of brass, wood and paper. Dimensions: diameter 15 cm, height 31 cm, width 21 cm.